Lock Upp: Karanvir Bohra reveals why he decided to talk about his financial issues [Exclusive] 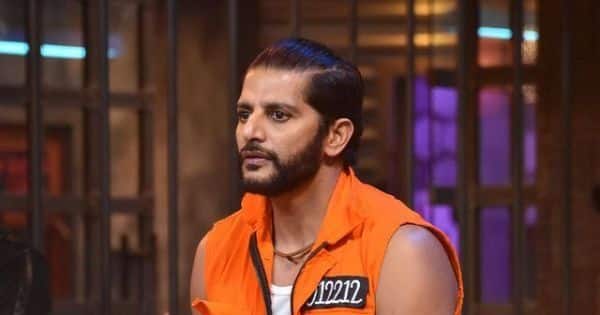 Karanvir Bohra who is out of Lock Upp made headlines in the first season and how. He spoke openly about how Teejay Sidhu and he quietly bore the trauma of a miscarriage but the most shocking one was when he confessed that he was in debt. He said that he owed people money for a long time now, and was under stress. When BollywoodLife asked him about it in an EXCLUSIVE chat, he revealed the reason on why he discussed it on national television. This is what he has to say… – KGF 2 box office collection Hindi day 13: Yash starrer still trails Tiger Zinda Hai, PK, Sanju despite a strong hold on its second Tuesday

He told us, “Being in debt is not a taboo or something to be ashamed of. Even big nations are in debt. I just wanted to tell people that money is not everything in life. You hear of cases where people commit suicide because they are unable to bear the circumstances. I wanted to say that being in debt is tough but nothing that you cannot tide over. Yes, I did borrow money for a dream venture, and could not recover my investment. It comes and goes. I am sure that I will tide over this crisis in some time, maybe in the next few years.” – Ram Gopal Varma talks about Shahid Kapoor’s Jersey’s disastrous fate; calls it the death of Hindi remakes

When we asked him if there is a dearth of roles on TV for a senior actor like him, he said, “With God’s grace, I have never been out of work. But I do not like to pick up anything and everything. Yes, I do reality shows as the money is very good compared to daily soaps. In the past two years, I have been working on my craft. I am doing a lot of acting workshops and online masterclass sessions. I feel it is important to reinvent. People still remember Viraj from Saubhagyavati Bhava even though it has been years. My work should leave that kind of impact.” – Runway 34 movie review: Kapil Sharma, Jackky Bhagnani and other celebs watch Ajay Devgn, Amitabh Bachchan, Rakul Preet starrer; here’s what they have to say