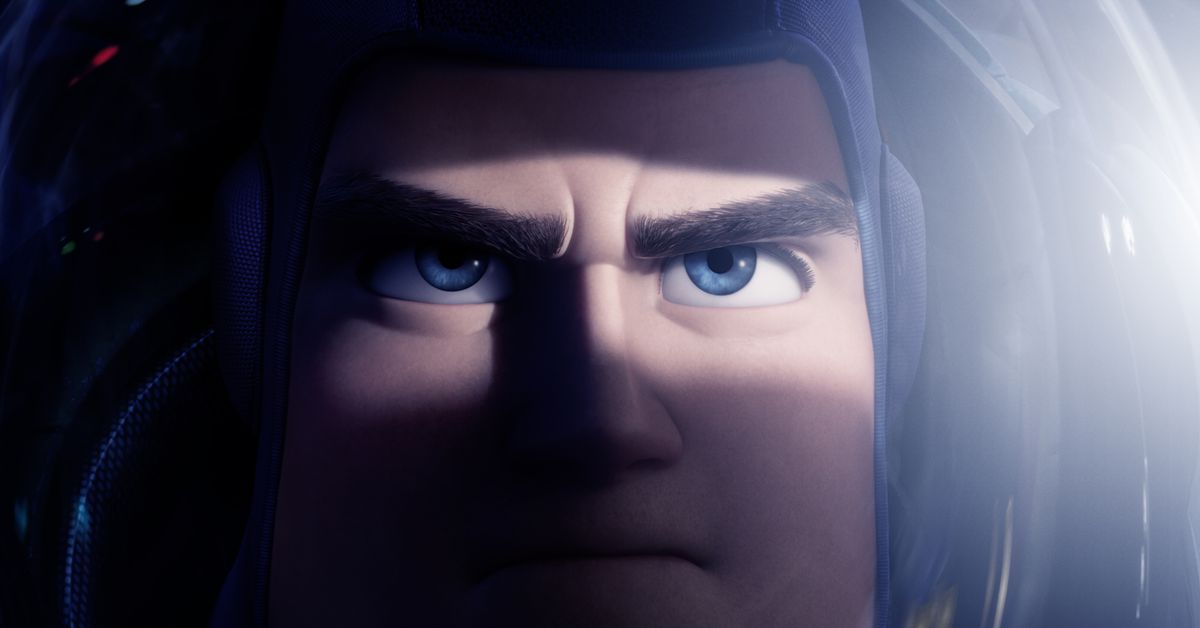 Pixar and Disney have hyped director Angus MacLane’s Lightyear up by making it out as a mysterious reworking of Toy Story’s canon that reveals all-new details about Andy Davis’ favorite space explorer. Though a new version of Buzz anchors the film, its story about how reaching for the stars can lead to people losing hold of the important things right in front of them is actually more about taking its titular astronaut off a pedestal and unpacking why we tend to frame people like him as heroes.

Lightyear tells the story of Buzz (Chris Evans), one of the headstrong Galactic Rangers of Star Command who’s committed his life to the organization’s exploration of deep space. After years of working closely only with his commanding officer Alisha Hawthorne (Uzo Aduba), Lightyear’s left convinced that it simply isn’t safe (or really worth it) for him to partner up with newbies to the force, an assumption that ends up spelling disaster for them all. Though no one’s fatally injured when Buzz decides that he doesn’t need help during a routine mission, an accident leaves him and countless others stranded on a strange planet, and on some level everyone knows who’s to blame for their misfortune.

Rather than tiny green aliens who think with a hive mind and worship a claw in the sky, Buzz’s guilt is what haunts him as Lightyear opens and zooms in on the space hero as he searches for a way to put right everything that’s gone wrong. Though everyone on the strange planet wants to go home, no one explicitly tries to saddle Buzz with guilt about their being marooned. And because they’re all highly trained survivalists, it isn’t long before they begin to build a colony. But for Buzz, a lantern-jawed boy scout with a penchant for dramatically narrating his mission logs, moving on with his life would be tantamount to admitting failure — something he refuses to do.

Most everything about the way Pixar renders Lightyear’s lush and vibrant alien world at first makes it seem like the movie will focus on Buzz and Alisha encountering strange creatures they’re unsure of how to deal with. There is some of that spotlighted in Lightyear’s action sequences. But its story is much more keen on following Buzz’s obsessive quest to prove himself, which feels much more in line with films like Christopher Nolan’s Interstellar and Ridley Scott’s The Martian.

A significant chunk of Lightyear’s runtime is spent following Buzz as he rockets off into space hoping to use a nearby sun’s gravitational pull to slingshot himself back to the stranded Star Command base in hopes of figuring out a way for them to return to their home planet. Before Lightyear really gives you a chance to get to know Buzz and Alisha’s dynamic, or really what it’s like working for Star Command, the movie quickly makes clear that it truly is a movie more about Lightyear himself than anything else. With each of Buzz’s trips into space, he loses a number of years due to the way time dilates for those moving at incredibly high speeds, and every return to Star Command’s ever-growing colony is a reminder that his life’s passing him by.

Lightyear makes this reality abundantly clear to the audience, but Buzz can’t really bring himself to see the truth of things until he comes face to face with Alisha’s granddaughter Izzy (Keke Palmer) and Sox (Peter Sohn), a Star Command issued robotic cat, after a handful of his trips lead to decades passing. For all the charm that Evans and Palmer bring to their performances, they never quite manage to make either Buzz or Izzy feel like people who’d actually enjoy spending time together, even though their burgeoning friendship is meant to be the emotional center of the movie.

In Izzy, Buzz sees the passage of time, and his decision to forego carving out a new life for himself alongside his fellow Galactic Rangers. Lightyear repeatedly puts Buzz and Izzy in situations meant to push both of them to recognize how working together’s both beneficial to them as individuals and in line with Star Command’s idea what what makes for good explorers. But even though the movie is consciously trying to illustrate how Buzz’s tendency to take matters into his own things isn’t always the best idea, it can’t stop itself from hitting many of the same beats as the exact kind of movies that it’s trying to comment on.

As occasionally uninspired as Lightyear tends to feel, the movie is also a visual triumph for Pixar and Disney, who’ve managed to translate the whole design lexicon surrounding Toy Story’s original Buzz into an aesthetic language that reads as lived-in.

By the time that Lightyear gets around to introducing its true villain and their dastardly plan that underscores many of the movie’s larger existential ideas, you can easily see why Disney decided to run with the “what if Buzz Lightyear was a real guy” conceit and how the studio could return to this reality-within-a-reality down the line should the new Buzz prove to be a hit. What’s harder to tell is whether Lightyear’s moments of visual strength will end up being enough to sell people on the idea of sitting down for a big, flashy, but ultimately formulaic spin-off about a guy who acts like a toy learning to get out of his own way.