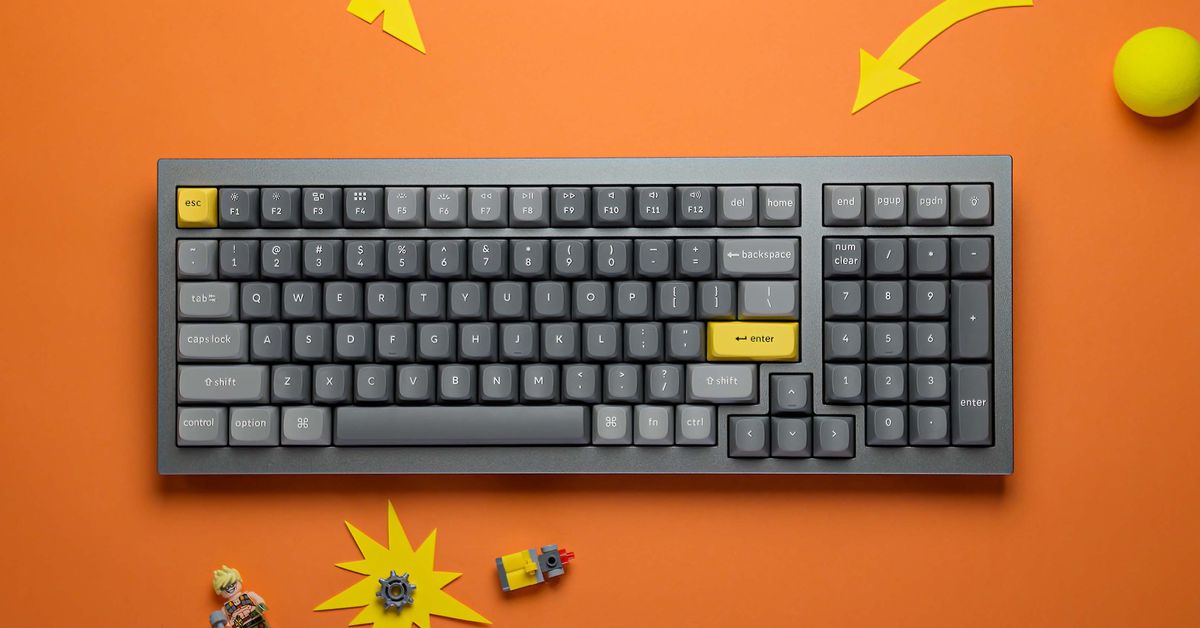 Keychron’s latest wired mechanical keyboard is the Q5. It uses a similar construction to the excellent Q1 and Q2 keyboards that have proceeded it, but with a larger layout that includes a numpad. It’s not a traditional full-size keyboard, but the idea with its 1800 layout (aka a 96-percent layout) is that it offers almost all of the keys a user might need while still being relatively compact.

Also read: How to remap your Chromebook’s keyboard

“There’s currently no stock full-metal custom 1800 layout mechanical keyboard on the market,” said Keychron COO Paul Tan. “1800 layout saves about an inch of space from a full-size keyboard, without having to remove many keys. It’s the smallest you can go, without getting rid of the number pad.” The Keychron Q5 is available as a fully-assembled keyboard for $185, or you can get a “barebones” version without switches or keycaps for $165. Models with a programmable volume knob cost $10 extra.

The specs of the Q5 will be familiar to anyone who’s followed Keychron’s recent forays into premium mechanical keyboards. It’s hot-swappable, meaning you can install or replace its switches without the need for soldering, and its keys are remappable thanks to its QMK firmware. It includes keycaps for both Mac and Windows in the box, and there’s a physical slider to switch between the two operating systems. The Q5 connects to your machine via a detachable USB-C cable.

Most importantly, the Keychron Q5 uses a similar construction to what made the Q1 and Q2 such joys to type on. Its case is aluminum, and its circuit board uses a so-called gasket-mounted design to give it a small amount of flexibility while typing. This design greatly impacts the feel of Keychron’s Q-series boards. It uses screw-in stabilizers to minimize the rattle from larger keys like the space bar, and included silicon pads are designed to reduce any pinging noises while typing.

If you’ve held off on Keychron’s excellent premium mechanical keyboards until now because you just can’t give up that traditional numpad, then the Q5 could be a great entrypoint.