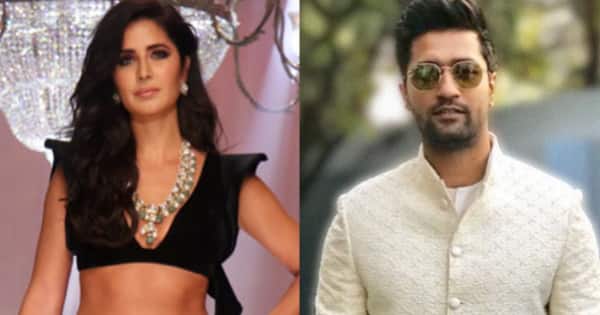 The most awaited Bollywood wedding will take place in a couple of days. While both Vicky Kaushal and Katrina Kaif have remained tight-lipped about their wedding, the updates have been surfacing around every couple of hours. And here we are with the latest updates on Vicky Kaushal-Katrina Kaif’s Sangeet, Mehendi functions. The Big Fat Bollywood wedding will be taking place in Sawai, Madhopur, Rajasthan’s Six Senses Fort Barwara. It is a 700-year-old fort and a heritage site. The wedding will take place on 9th December, states a report in ETimes. Check out the latest deets about Vicky Kaushal and Katrina Kaif’s wedding below: – Throwback Thursday: Will Katrina Kaif QUIT films post marriage? Here’s how the actress spoke fondly about having a family

It is said that the two rumored lovebirds will be tying the knot in a grand 3-day wedding from 7 December. The pre-wedding festivities will kickstart on 7th December. Sangeet night will be taking place on the 7th followed by Mehendi on the 8th and the wedding on 9th December. Furthermore, the report states that a grand reception will be held too on 10th December. – Vicky Kaushal-Katrina Kaif wedding: Did Gajraj Rao just CONFIRM that the two are indeed getting hitched?

Talking about the guests it is said that about 40 plush and luxurious hotels have been booked for the wedding guests who will be gracing Vicky and Katrina’s wedding. They’ll arrive at the Jaipur airport or directly take a chartered flight to Saiwai Madhopur’s helipad. Luxurious cars have been rented in bulk for the pick and drop services. Vicky and Katrina are expected to be in Rajasthan by the 6th of December. – Rs 7 lakh per night! The price of rooms at Katrina Kaif – Vicky Kaushal’s wedding venue in Rajasthan

The confirmed wedding guest list includes Salman Khan, Alia Bhatt, Rohit Shetty, Karan Johar, Farah Khan to name a few. Shah Rukh Khan is said to make an appearance as well. Meanwhile, it is said that a dance troupe from Mumbai has reached the venue and will be rehearsing Katrina’s popular dance numbers. They won’t be allowed to carry their own mobile phones after a point and will be provided with basic phones so that no video or pictures are leaked. They will also be provided with a secret code for their entry.