It Takes Two: Porting 2021’s game of the year to Switch 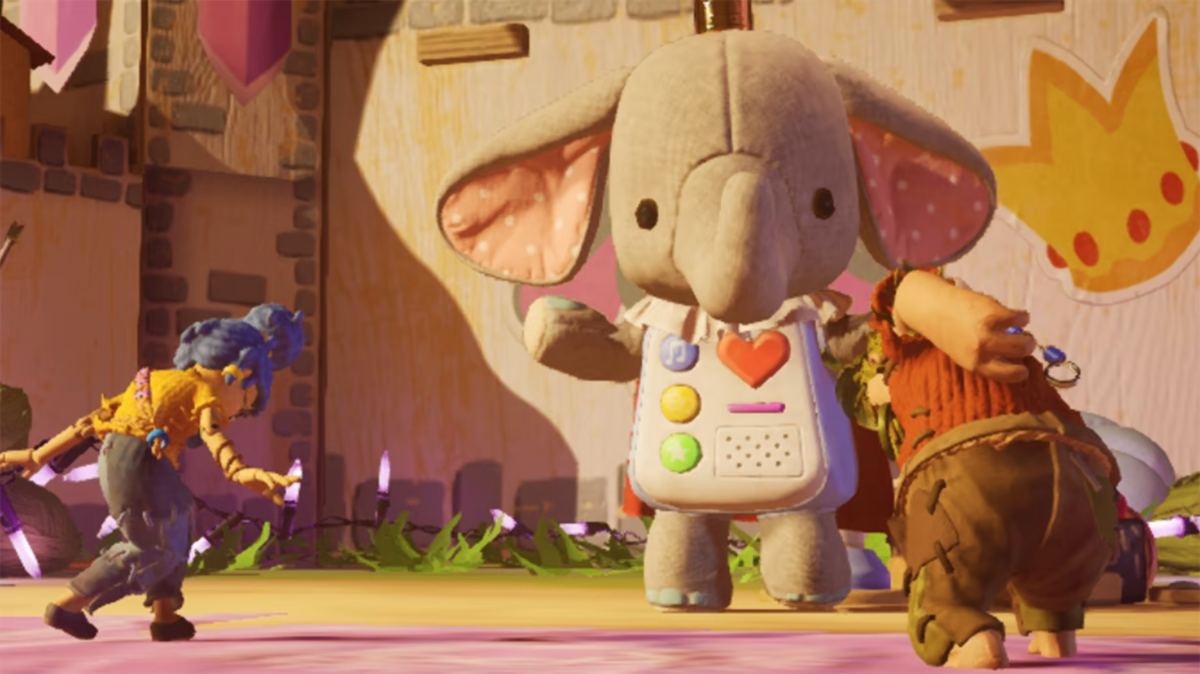 It Takes Two was one of the most successful games of 2021, selling over 7 million copies and winning game of the year at The Game Awards. Now, Turn Me Up Games is getting ready to release its Switch port of Hazelight Studio’s big hit on November 4.

That comes with some major challenges. The Switch, while a huge seller, is aging hardware that was never as powerful its competition. That hasn’t stopped studios from trying to port hits to Nintendo’s latest console, but we have seen mixed results.

I had a chance to talk with Josef Fares, Hazelight Founder and It Takes Two director, and Turn Me Up Games executive producer Scott Cromie about the porting process. Below is an edited transcription of our talk.

GamesBeat: Was the Switch port conceived in the early stages of the game?

Josef Fares: Not really? We talked a bit about it, but we felt we needed to focus. We felt that the focus should be on the current gen consoles. It’s very important that we don’t change anything in the vision because of hardware that wasn’t up to speed at that time. More consoles are obviously more time-consuming. But that’s why I’m very impressed when I see the port. It’s a really nice port. It’s one of the best third party ports I’ve seen.

GamesBeat: What were some of the biggest challenges with bringing it to Switch, some of the harder issues to iron out with getting it on admittedly weaker hardware?

Scott Cromie: It wasn’t anything that wouldn’t be typical of hardware that’s seven years old. Large maps, moving through large maps at a fast speed. But really I think more so than anything it was player expectations. It Takes Two is a game of the year winner. There are expectations that come with that. A lot of people port games to Switch, but for us we don’t want to take on a project where we don’t think we can meet or exceed expectations.

The expectations were and are high for It Takes Two. Those expectations, I think, were probably the biggest challenge, because they were weighing on us for the majority of development. That said, I think that having worked on the Switch for the last five years, we were able to apply everything that we’ve learned. It Takes Two is definitely one of the best ports we’ve ever done.

GamesBeat: The smoothness is one of the highlights of It Takes Two, just how well that game ran on other platforms. Does that carry over to the Switch version?

Cromie: Yeah, as best as we could. Right now we’re in the final QE tests on it. The statistics were 30 fps, both in handheld and docked, and 720p handheld, 1080p docked mode. It’s a balance between visual fidelity and framerate. I think we hit the right ratio to where the game feels and looks great.

GamesBeat: Does the split-screen nature of the game present a technical challenge?

Cromie: Oh, yeah, absolutely. That was one of the things we discussed with Hazelight right at project onset. Hey, how are we going to deal with this? But our engineers are world class. Working with the guys at Hazelight to dig in and understand how the project was set up was also really helpful.

GamesBeat: Josef, have you worked with Nintendo much before? What was the experience like bringing this game to their platform?

Fares: To be honest, it was mostly our producer Aimar Bergan who had the most contact with them. I got to play some builds now and then and saw the progress. At first I was surprised. How would they be able to make this run? I think Scott makes it sound much easier than it actually is. It’s a lot of headache, let me tell you. I did hear Aimar talk about that stuff.

But the more I saw of the builds, the more impressed I was. I think I’ve played the final one. It runs smoothly at 30 fps and looks nice on Switch. You have to understand, the Switch is old hardware. That’s really impressive. But my focus right now is on the next project. It’s mainly been with Aimar, and some help from the technical guys obviously as well. They tell me it’s been great.

GamesBeat: How long does a porting job like this take, from conception to now, where we’re nearing release?

Cromie: The development time on It Takes Two was one year. A big part of that is making sure that we’re taking time to steward the title to Switch in the right way. There’s a lot of ways to cut corners, to shorten development timelines, but for a product like this we knew we wanted to take our time.

GamesBeat: This game has already been a big hit, and now it’s going to find potentially an even larger audience. What’s it like knowing that perhaps this is going to reach even more people, find even more homes out there?

Fares: It Takes Two has exceeded all of my expectations sales-wise in the craziest way ever. We were joking about reaching numbers like this. I even had a bet with a friend where I said something like, I’ll buy you a car, something silly, because we knew this would never happen. But we’re slowly reaching these crazy numbers. If the Switch takes it even further it’ll be even crazier. We’ve already reached dream numbers. Anything extra is just a bonus. It’s crazy what this game has made. For me, after starting Hazelight in 2014 and making it to where we are today, winning game of the year and getting this kind of reputation in the industry, it’s simply amazing.

GamesBeat: You mentioned that this is not the first game you’ve made. What is your relationship like with this game with it becoming this big hit? Does that change the way you think about this one compared to something like A Way Out?

Fares: A Way Out was a big hit in a way as well. It was around 5 million units, which is a huge number. It won a lot of awards and stuff. It wasn’t as big as It Takes Two. But Brothers was also a success. All three games have had their success. But It Takes Two is the next step. Of course, if I understand the question right, for the next game the team does feel a bit of pressure. But not too much. That’s my job, to keep making it so we keep fucking shit up and make the games we really believe in. That’s very important.

We should follow what made us what we are today. And of course it might affect us a little bit, but not away where it stands in the way of making what we truly believe in. So I’m not too worried. It is what it is. You just continue to make great games.

GamesBeat: You talked about how you won game of the year at the Game Awards last year. Have you been paying any attention to the field this year? Do you have any thoughts about the games of 2022 now that we’re getting close to award season?

Fares: I’ll actually go to LA and present the game of the year award. Let me say this, I’m happy It Takes Two was not part of this year, because this year is going to be Elden Ring and God of War and Horizon. It’s really top competition this year. It’s a pretty tough year. It’s going to be interesting to see who brings home the statue. I’m guessing Elden Ring, but I don’t know. It could be God of War as well.

GamesBeat: You mentioned that you’re working on a new project. This port is happening. Is this about as busy as Hazelight has ever been, are you worrying about more than just the next game?

Fares: No, it’s full focus on the next game. That’s pretty much our focus right now. It’s been a bit challenging, considering the COVID situation and people working from home. I’m not really a fan of that. But now the production is going really well, because most people are coming back to the office. I really like having people around me. Everything is going as planned. It’s looking super promising.

GamesBeat: Is there anything specific about the Switch port that you think I should know about?

Cromie: No, other than some of the Switch-specific features and content that we were able to add to the game. Now supporting four additional languages in V/O: Japanese, Spanish, French and German. And then the addition of Switch to Switch co-op play without the need for a wireless network. It’s stuff like that that makes the game both feel exciting and new, but also comfortably familiar for Switch players.