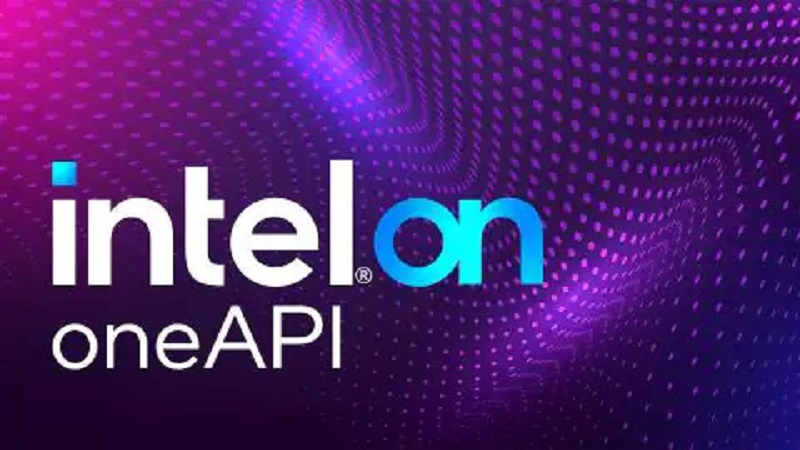 Intel wants to get back in the good graces of its developers by communicating better about its software and hardware ecosystem, and today it made a lot of announcements about its oneAPI software and new accelerator hardware designs.

Intel said the new hybrid architecture of the 12th Gen Intel Core i9-12900K is the most significant shift in x86 architecture since the introduction of its Core CPUs. The new processor delivers speeds up to 5.2GHz, and it will available starting November 4.

The company made the announcements at its first Intel Innovation event. Originally, as a successor to the Intel Developer Forum, the chipmaker planned to do an event in San Francisco. But it changed it to online-only after the delta variant of the coronavirus began to spread.

“As the creator of the original Intel Developer Forum, it’s a great honor to once again bring together people from across the ecosystem to explore the future of technology,” said Intel CEO Pat Gelsinger, in a statement. “Developers are the true superheroes of the digitized world — a world which is underpinned by semiconductors. We will not rest until we’ve exhausted the periodic table, unlocking the magic of silicon and empowering developers so that, together, we can usher in a new era of innovation.”

I interviewed Greg Lavender, chief technology officer and senior vice president of Intel’s software and advanced technology group last week about the Intel Innovation event. He said that Intel has more than 6,000 software programmers working on the tech unveiled today.

“It’s a real software mindset, that the value of software is enabling the open source software ecosystem,” Lavender said. “Maybe we don’t need to directly monetize our software, right? We can monetize our very diverse platforms. I think Intel has just failed to tell everyone about all the cool stuff we’re doing. We talk about our chips and our hardware and our customers. We don’t talk about all this great software.” 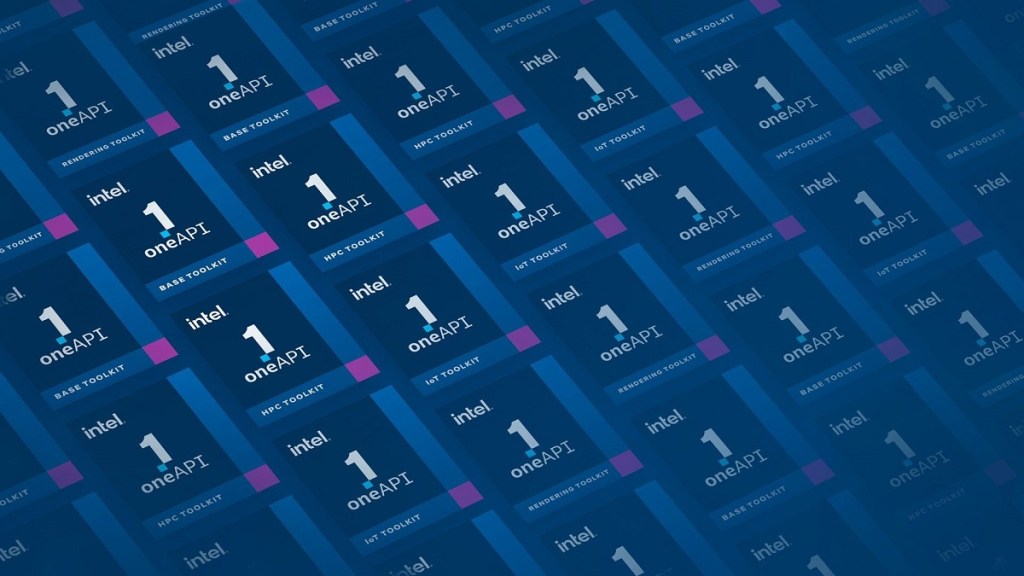 A couple of years ago, Intel announced the oneAPI project to simplify the programming of diverse computing engines across CPU, GPU, FPGA, AI, and other accelerators. The project includes a comprehensive and unified portfolio of developer tools for mapping software to the hardware that can best accelerate the code.

At today’s event, Intel detailed a more comprehensive Developer Zone for its software developers, as well as its oneAPI 2022 toolkits and new oneAPI Centers of Excellence. All are intended to improve access to resources and simplify development across central processing unit (CPU) and accelerator architectures.

“It’s a massive set of IP, and it’s IP we give away for free to enable our platforms,” Lavender said. “Developers would be shocked to know how much of the open source technology they’re currently using has Intel free software in it.”

Computing capabilities permeate every aspect of our existence, serving as the human to technology interaction point across existing devices and emerging form factors. Soon, we will all have thousands of devices at our immediate disposal, Gelsinger said.

By the end of this decade, every human has the potential to have 1 petaflop of computing power and 1 petabyte of data less than 1 millisecond away. By breaking down walled gardens and building an open environment, Intel is driving the future of the PC — new CPUs, GPUs and platform advancements — creating huge opportunities for developers to create amazing experiences, he said. 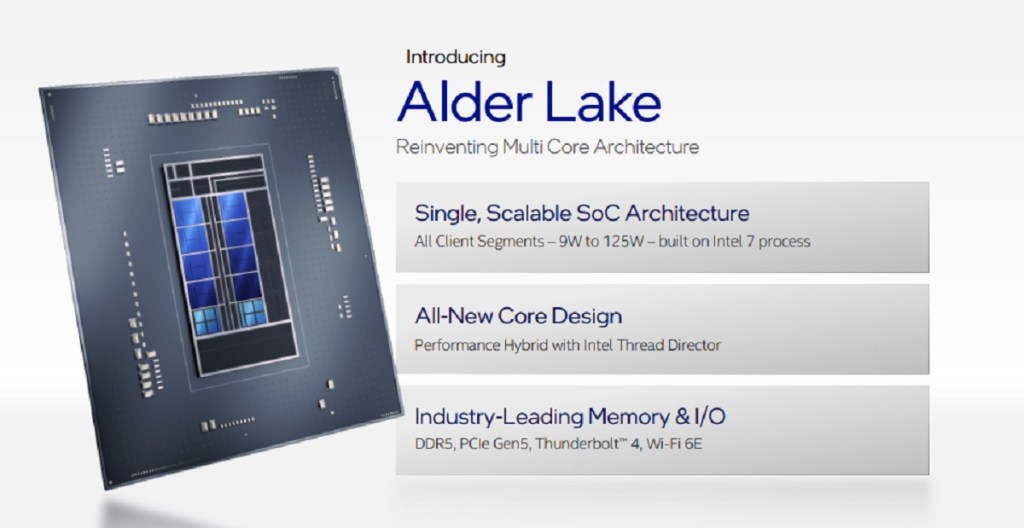 Gelsinger said that 12th Gen Intel Core Processors have co-engineered hardware and software to “deliver new levels of leadership performance for generations.” (We’ll see about that). The 12th Gen Intel Core family will include 60 processors set to power more than 500 designs including high-performance desktops and ultra-thin and light laptops.

Intel said that data scientists can now iterate, visualize, and analyze complex data at scale with the highest memory configuration of any similar offerings with this new solution powered by Intel Core and Intel Xeon architectures. Combining workstation hardware and Intel oneAPI AI Analytics toolkit to enable “out of the box” AI development, this solution is now available on Linux-based workstation PCs from Dell, HP and Lenovo.

Additionally, Microsoft and Intel have partnered to bring a complete data science toolchain to Windows 11, which will be available first on the new Surface Laptop Studio.

“Alder Lake takes some of the mobile processor’s design methodology with different size CPU cores. The first part is a desktop part where performance is king, but the design approach should really shine on laptops,” said Kevin Krewell, an analyst at Tirias Research, in an email to VentureBeat. “The performance numbers shown by Intel running under Win11 are impressive, but we need to see third party results with the appropriate patches for AMD Ryzen processors for a final determination of who has the PC gaming CPU performance crown. I believe Intel is headed in the right direction. Customized silicon is the future of computing. Intel is showing that it has all the technology to build whatever customers and the markets want. ” 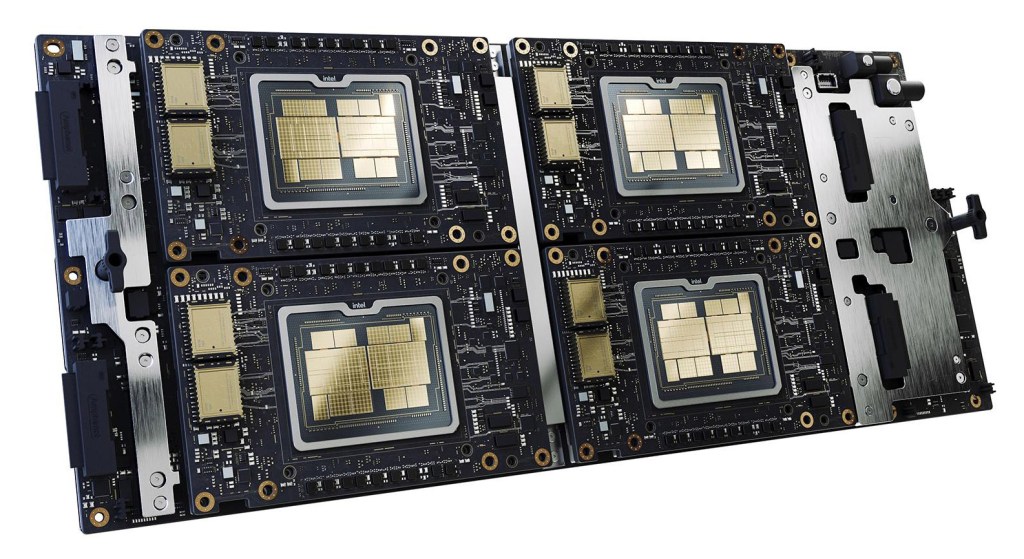 Intel is also going after the graphics chip business of rivals Nvidia and Advanced Micro Devices.

XeSS is implemented using open standards to ensure wide availability on many games and across a broad set of hardware. In addition, Alchemist will support Deep Link technology on Intel platforms, with new computing capabilities including Hyper Encode, allowing  simultaneous acceleration of a single video file transcode across integrated and discrete graphics engines.

Computing is spreading across heterogeneous fabrics of CPUs, GPUs, application accelerators, interconnect processors, edge-computing devices and FPGAs — all of which require persistent memory and software to bind these elements into a complete solution. The race to zettascale is on to generate, store and analyze data at scale, Intel said.

It took over 12 years to get from terascale to exascale computing. Intel has challenged itself to make it to zetta in five years: zetta 2027. Central to this goal is Intel’s work with the open ecosystem to ensure developers have optimized tools and software environments to accelerate their deployments.

Intel said that its Ponte Vecchio graphics hardware and oneAPI have support for SiPearl’s microprocessors. SiPearl is designing a  microprocessor that will be used in European exascale supercomputers and has selected Intel’s Ponte Vecchio GPUs as the high-performance computing (HPC) accelerator within the system’s HPC node. To tie compute environments together, SiPearl is adopting oneAPI as the open software specification to increase developer productivity and workload performance. 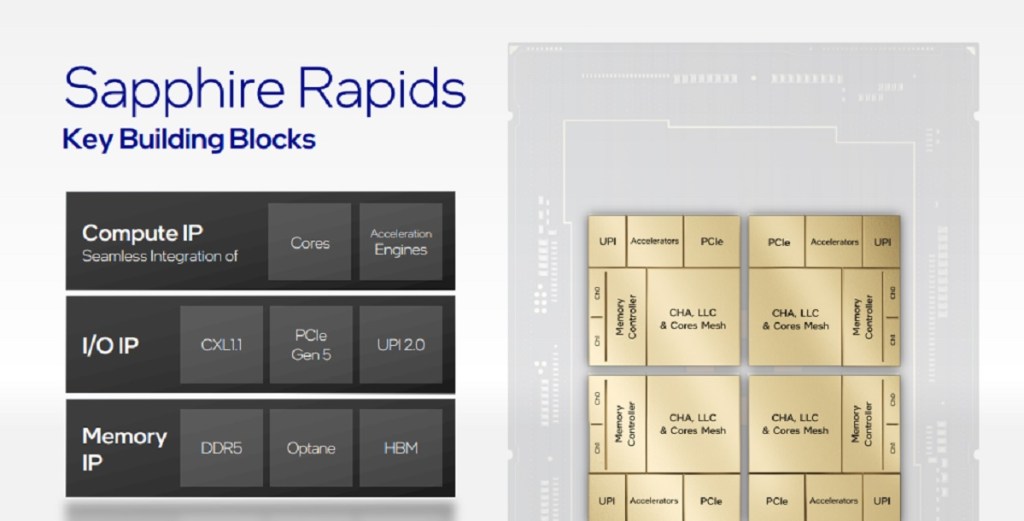 Intel is working with the open source community and its large pool of ecosystem partners to make it easy for developers to build on its next-generation processor. It will integrate several new acceleration engines designed to tackle overhead in data-center-scale deployment models, while enabling greater processor core utilization and reducing power and area costs.

With networks programmable top-to-bottom and end-to-end, the future lies in a fully programmable network that is truly open — where developers have the freedom to move at the speed of software, Intel said. It said it is the only company offering a comprehensive set of hardware and software to create an end-to-end programmable network — from Intel Xeon Scalable processors and next-generation Xeon-D to new P4-programmable infrastructure processing units (IPUs) and switches.

Intel said its Tofino 3 Intel fabric processor (IFP) adds intelligence to switching through P4 programmability and acceleration of AI workloads. Additionally, IFP is fully P4-programmable, placing the power back in the hands of the network programmer and paving the way to more secure and self-healing cloud fabric.

AT&T, supported by an established ecosystem of solution providers, will use Intel as a silicon provider for deployment of its forthcoming virtualized radio access network (vRAN), giving it the flexibility to bring automation and cloud-like capabilities into its network, along with optimizations for performance, cost and operational efficiency.

And DEKA Research & Development Corporation is collaborating with FedEx to develop Roxo, the FedEx SameDay Bot, designed for reliable, autonomous last-mile delivery to a customer’s door. Roxo is being tested with 11th Gen Intel Core i7 processors and Intel RealSense depth cameras and uses OpenVINOTM as the AI inferencing engine. With the 11th Gen Intel Core i7 processors, Intel is helping DEKA create a power-efficient and high-performing compute platform.

Intel said its deep investments in developer ecosystems, tools, technology and an open platform are clearing the path forward to scale AI everywhere. Intel’s role is to responsibly scale this technology. Intel has made AI more accessible and scalable for developers through extensive optimizations of popular libraries and frameworks on Intel Xeon Scalable processors. 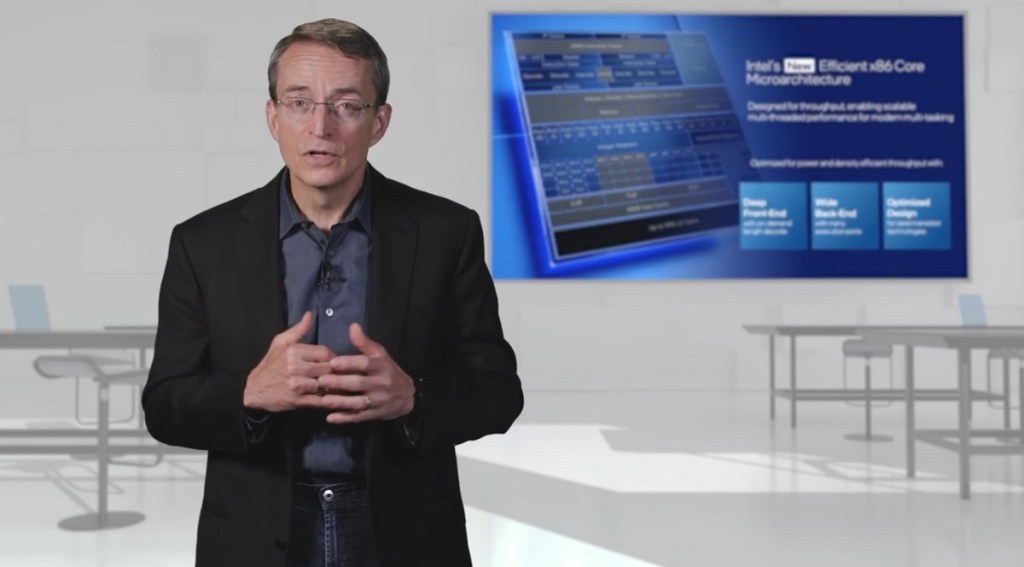 And Intel-optimized AI toolkits provide data scientists greater performance and productivity out of the box. Intel has partnered with the open source community, as well as Amazon, Baidu, Facebook, Google and Microsoft to ensure the most popular data science software, including Pandas, scikit-learn, MXNet, PaddlePaddle, PyTorch, TensorFlow, ONNX Runtime, and more.

Intel is targeting to deliver up to a 30 times total AI performance gain over its prior generation with its next-generation Intel Xeon Scalable processor (“Sapphire Rapids”). These performance gains are achieved through both extensive software optimizations and the forthcoming processor’s built-in AMX engine and will enable even more AI use cases without the need for discrete GPUs.

As for being open or closed, Lavender said, “Our view is we need to prime the ecosystem. We need to be open, be trusted. We need to practice responsible AI in all the things we do with our software. My goal is to meet the developers where they are. Historically Intel wanted to capture the developers. I want to enable them and set them free, so that they have choice.”