How user-generated content is changing the game industry for good 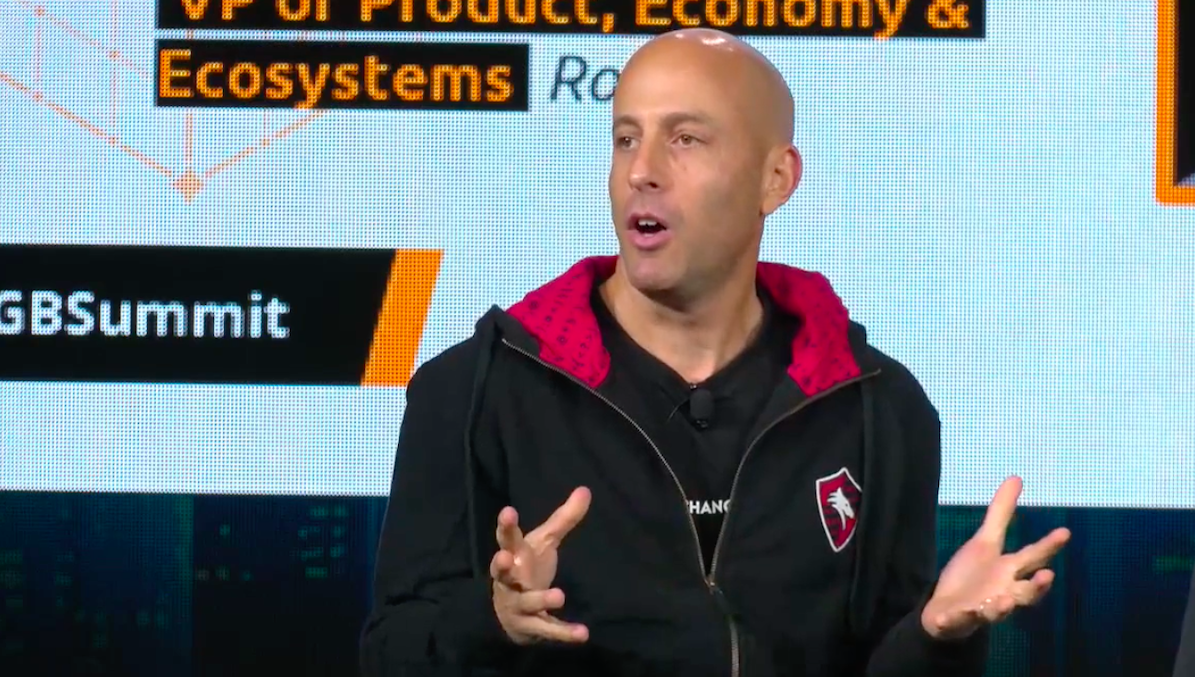 Simply put, there’s no metaverse without user-generated content (UGC). The ability to empower creativity and participate in the creation of reality is ultimately the promise of an interconnected digital world — the next evolutionary leap of the gaming industry. It’s also the key to ensuring that players are truly invested in a game, or platform, or universe.

At GamesBeat Summit Next, two panels hosted leading content creators, publishers and platform owners in a conversation around the growing power of UGC in a metaverse that will be built and owned primarily by its users, rather than centralized entities.

UGC equals innovation, said Enrico D’Angelo, VP of product, economy and Ecosystems at Roblox during the first panel, which dove into why the future of gaming is user-generated content.

“If you think about the recent history of gaming, the big innovations have come from the seed of a UGC idea,” D’Angelo said. “At a high level, UGC and creation by community have the freshness that larger companies cannot afford, because there’s so much economic interest at stake. They’d rather follow and invest, as opposed to betting on gameplay or ideas that are risky. To me, I see UGC, first and foremost, as an engine for innovation.”

“Minecraft education wasn’t an idea that we started — it came from one of the educators in our community. Today it’s a product that’s used by millions of students in more than 100 countries,” she said. “We’ve also seen a lot of players use Minecraft to build a better world. Especially during the pandemic, when people couldn’t gather in person like this, a lot of universities and students re-created their campuses and did virtual graduations.”

“Those folks are playing games like the Roblox ecosystem and the Minecraft ecosystem. They’re used to endless content and endless opportunities,” he said. “It’s almost an impossible mission for a single studio to create content in the amounts that consumers demand. UGC is the strategy to enable that for the new generation of gamers growing up right now.”

Opening up content creation to users requires a continuous commitment to manage and support those creator communities. It can even evolve to the point where developers completely relinquish any creative control — and the more you relinquish control, the larger the audience will be. Developers need to ensure they’re investing in creating accessible, easily used tools that lower barriers to entry and encourage innovation from all corners.

“We went from a world where creators had to push their way into a game to a world where people are building platforms hoping that creators will come,” D’Angelo said. “The shift has been dramatic, and I think it’s for the better.”

“There’s no metaverse without UGC eventually,” Marchand said. “It’s just a key element, the ability to empower creativity and participate in the creation of reality. Otherwise, engagement is not quite going to be there.”

“We definitely see a new era of both gamers, who now demand to tweak, change, and fuse their identity into a game in a way the game publishers cannot provide – it can only be provided by user-generated content – and a creator era, where many people are looking to create things,” said Shahar Sorek, CMO of Overwolf, during the second panel. “Giving tools, lowering the barriers to creation, seems to be a significant need and demand from the markets in general.”

The panel, “Limitless creation; endless engagement: How UGC facilitates the human drive for creativity,” welcomed content creators for The Sims, Minecraft, and GTA to the stage to talk about their experiences in the UGC world.

Stefan Panic, the CEO and founder of a Minecraft content community called Noxcrew, has been building custom content for almost 12 years. Minecraft isn’t a story-based game, but about seven years ago the community crafted a narrative experience by incorporating sound design, voice acting and writing that went viral because no one had ever seen anything like that before.

The Noxcrew is now about 50 team members strong, making packaged narrative and custom sandbox experiences, a Minecraft esport game which averages around 400,000 to 500,000 live viewers every month, and an online virtual assistant experience for the public, based on that Minecraft esport.

“Many of the things that we did back in the very early days of Minecraft were purely because there was such a massive community based around this very open platform that were all creating tools and assets for each other,” he added. “We were only able to do that because Minecraft was so open. You have to let go and let the community adopt the game as their own game.”

Linus Heimann, owner and project lead of Distrikt, provides private GTA roleplay servers within the framework of a third-party tool called FiveM. Based in Germany, the company enables players to experience the American way of life by roleplaying as American citizens, in jobs that both exist in the base game and are suggested by the player base. The FiveM framework they use to engage with the player base, and its servers, enables them to have up to 2,000 players on the same map concurrently, bringing the city to life. They eventually were able to monetize the enthusiasm of those players eager to see personalized customizations that allow them to express themselves in the game. After a year Heimann took the leap from his dream job at Apple to pursuing Distrikt full time, and the team now numbers 40.

“I asked myself, what is my dream? It’s where I can create something and can combine that with a community,” he said.

Danielle Udogaranya is well-known in The Sims 4 creative community, where she goes by the name Ebonix. She’s a content creator, a 3D artist, streamer, DEI consultant and more, but she’s especially known for her inclusive and diverse mods for the game. She started making them in 2015 when she realized she couldn’t make Sims that represented her culture or the storyline that she was trying to create. She taught herself to recolor clothing in order to create a dashiki, which she shared in the community, and the reception was huge.

“That let me know that there was a niche and a gap in the creation side of things, in the mod community, where we were missing out on a lot of diverse, ethnic, and Afrocentric content that I desperately needed,” she said. “It’s all from the frustration and the drive to actually change the player experience for black Simmers, so that we’re able to actually create characters that look like us, so that we feel seen, so that we feel represented,” she said.

Now her creations, especially the Black hairstyles she creates, have hundreds of thousands of downloads. Players around the world have reached out or shared her work, and she’s been featured in a huge number of publications. Recognizing Udogaranya’s impact on the community, Sims developers have brought her on as a consultant.

“We’re in world now where the publishers and developers build the platform, but it is the creators who make the game in terms of its reach and engagement,” she said. “I know for a fact that Black creators, in their essence, as well as a ton of other creators, have brought in many more new Simmers due to the mods that they have created alone.