How to handle a sudden financial windfall 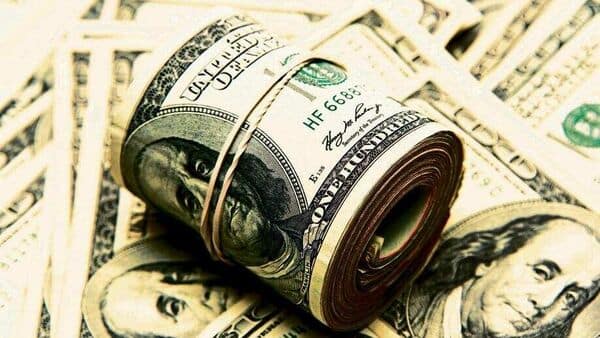 After all, to manage your hard-earned money wisely, you need a plan. The same is true when riches appear seemingly overnight.

Sudden wealth can take many forms. A lump-sum pension payout, a substantial inheritance, legal damages in a lawsuit and the sale of a business can all result in riches that can reshape the recipients’ lives—for better or worse. That’s because vast amounts of cash come with an array of decisions, each with the potential to squander or invest the money, increase or decrease happiness, and bolster or torpedo close relationships.

Also Read : 7 banks offering returns on FD spanning from 8.50% to 9% for senior citizens

“I find that the beginning stages are very stressful. It is hard for your mind and body to absorb the change,” says Susan K. Bradley, a Palm Beach, Fla.-based financial planner and founder of the Sudden Wealth Institute, which trains financial advisers to help clients work through all aspects of a windfall.

In her work at the institute, Ms. Bradley came across one woman who once sold shoes at a department store before inheriting a multimillion-dollar estate. Dealing with her new lifestyle was just one challenge. Other family members—and presumed heirs—received nominal inheritances, and the heiress struggled to cope with their anger and resentment. “It took three years for her to create a new life and feel like she fit into the world,” Ms. Bradley says.

Two components are important to coping with a multimillion-dollar windfall, she says. The first is a confidant—typically a trusted friend or family member—who becomes a sounding board to help work through all the ideas and possibilities that come with newfound money. Ms. Bradley knows of a Catholic nun, a teacher, who won a lottery jackpot and confided in the school crossing guard, who was a good friend.

The second key is a team of advisers who can review the client’s existing finances, such as mortgage and credit-card debt, college savings plans and charitable giving. Longer term, the advisers can help navigate investment options, set up an estate plan, strategize on taxes and ensure adequate insurance coverage.

Ms. Bradley also suggests that windfall recipients consider a mental-health professional who can help with the emotional aspects of sudden wealth, since, she says, it “can mess with your head.”

The advisers would collaborate like a board of directors to track and manage the windfall recipient’s finances, Ms. Bradley says. Together they can fend off predators—friends or family members who aggressively scheme for handouts. Financial accounting should be transparent to all board members, creating a system of checks and balances that could spot theft or mismanagement.

Recipients should carefully research potential advisers when assembling the team, since not all professionals are honest. Case in point: In July, a New York attorney who called himself “the lottery lawyer” was found guilty of wire fraud and money laundering in scams that bilked big-time lottery winners of more than $100 million.

This advisory team is structured much like a family office, which is a private wealth-management firm that serves multiple generations of an ultra-high-net-worth family. At Summit Trail Advisors, a family office based in Chicago, roughly 20% of the clients are entertainers or professional athletes, many of whom came from modest backgrounds, says Peter Lee, founding partner.

“My biggest piece of advice is to do nothing for a little bit,” he says. “Just because you can do a lot of additional things doesn’t mean you should. What does ‘doing nothing’ mean? Finding a safe, intelligent way to store the capital, typically in preservation-oriented investments,” such as municipal bonds.

Many pro athletes go “from living in a dorm room with five roommates to signing a $50 million contract,” he says. Their impulse is to immediately buy houses or hand out massive amounts of cash to family members, coaches and mentors who helped them succeed.

Instead, advisers in the firm figure out smart ways for their clients to help others. Mr. Lee has one client who signed a huge contract in the NBA and wanted to give his five brothers opportunities instead of cold, hard cash. The firm created a strategy so the player could finance businesses that the brothers could run, thus creating their own income streams.

Help the client have “an open, transparent dialogue about what’s fair and what will work. Then come up with a plan,” Mr. Lee says. “When there’s a lack of a game plan, everyone is drinking out of the same punch bowl. There’s no governance.”

Boulevard Family Wealth, a family office in Beverly Hills, Calif., has worked with a number of clients who received millions of dollars in inheritances or proceeds from the sale of a business. “We try to be open and honest, even if it stings a little,” says Matt Celenza, managing partner of the firm. If a client wants to buy an expensive jet, for example, his firm will research various options, including fractional ownership and leasing aircraft instead of an outright purchase. The same applies to real-estate purchases and other major outlays.

The goal, Mr. Celenza says, is to protect and increase assets that will benefit both current and future generations. That isn’t always easy. His firm created a portfolio for one client that was designed to generate a steady stream of income. But the client loved to tap his holdings to make private investments on the side.

“It was infringing on his liquidity and would soon affect his ability to make withdrawals without touching his principal,” Mr. Celenza says. The firm’s advisers gave the client long-range projections based on his current spending, helping him realize that the risks weren’t practical. “We are very vocal about what’s right and wrong.”

Over the long term, how people choose to spend their windfall has the greatest impact on their overall happiness, according to a 2019 study. The authors, Israeli academics in behavioral economics, developed a model showing the short-term and long-term effects on the recipients’ happiness, which fluctuated over time. In general, winners who quit their jobs and engaged in a lifestyle of passive leisure were less happy than winners who devoted their riches to social pursuits and other activities that gave them pleasure, such as travel, hobbies and volunteering, according to the authors.

The notion that many lottery winners end up broke and homeless is largely a myth, says Robert Östling, a professor of economics at the Stockholm School of Economics. He was part of a team that looked at the long-term effects of lottery winnings on psychological well-being. The study, published in 2020, analyzed the results of a survey by the Swedish government that included responses from 4,800 people who had won a lottery five or more years earlier.

The research found that the long-term effect of winning a lottery on happiness was too small to detect, Dr. Östling says. But there was a slight improvement in overall life satisfaction. “It isn’t particularly surprising, because richer people tend to have higher life satisfaction,” he says.

The purpose and methodology of each study were different, but both are essentially trying to answer the question: Can money buy happiness?

“Compared with other life events, money does little in terms of life satisfaction and happiness,” Dr. Östling says. “Somehow it’s instinctive that everybody wants to get more money. But people overestimate its effect on their happiness.”