How China has added to its influence over the iPhone 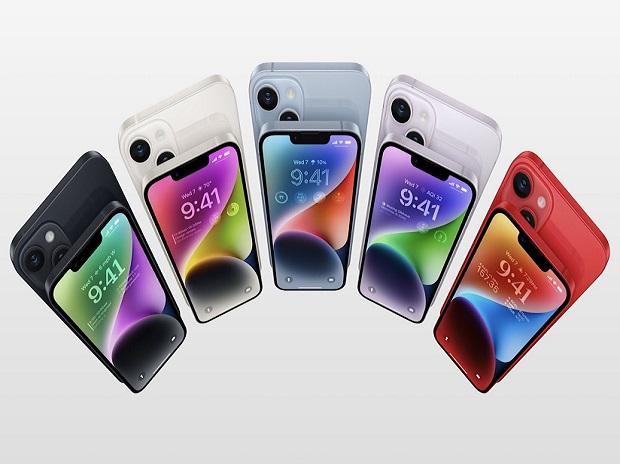 This fall, Apple will make some of its flagship iPhones outside China for the first time, a small but significant change for a company that has built one of the most sophisticated supply chains in the world with the help of the Chinese authorities. But the development of the iPhone 14, which was unveiled on Wednesday, shows how complicated it will be for Apple to truly untangle itself from China.

More than ever, Apple’s Chinese employees and suppliers contributed complex work and sophisticated components for the 15th year of its marquee device, including aspects of manufacturing design, speakers and batteries, according to four people familiar with the new operations and analysts. As a result, the iPhone has gone from being a product that is designed in California and made in China to one that is a creation of both countries.

The critical work provided by China reflects the country’s advancements over the past decade and a new level of involvement for Chinese engineers in the development of iPhones. After the country lured companies to its factories with legions of low-priced workers and unrivaled production capacity, its engineers and suppliers have moved up the supply chain to claim a bigger slice of the money that U.S. companies spend to create high-tech gadgets.

The increased responsibilities that China has assumed for the iPhone could challenge Apple’s efforts to decrease its dependency on the country, a goal that has taken on increased urgency amid rising geopolitical tensions over Taiwan and simmering concerns in Washington about China’s ascent as a technology competitor.

Chinese companies with operations in India will still play a key role in Apple’s plan to make some iPhones in the country. In Chennai, India, the Taiwanese supplier Foxconn, which already manufactures iPhones in factories throughout China, will lead Indian workers’ assembly of the device with support from nearby Chinese suppliers including Lingyi iTech, which has subsidiaries to supply chargers and other components for iPhones, according to two people familiar with the plans. China’s BYD is setting operations to cut glass for displays, as well, these people said.

“They want to diversify, but it’s a hard road,” said Gene Munster, managing partner of Loup Ventures, a technology research firm. “They depend on China for so much.”

Covid-related disruptions have exacerbated Apple’s predicament. When China closed its borders in 2020, Apple was forced to overhaul its operations and abandon its practice of flying hordes of California-based engineers to China to design the assembly process for flagship iPhones.

Covid-related disruptions have exacerbated Apple’s predicament. When China closed its borders in 2020, Apple was forced to overhaul its operations and abandon its practice of flying hordes of California-based engineers to China to design the assembly process for flagship iPhones.

Instead of subjecting staff to lengthy quarantines, Apple began empowering and hiring more Chinese engineers in Shenzhen and Shanghai to lead critical design elements for its best-selling product, according to the four people familiar with the operations.

The company’s manufacturing and product design teams began holding late-night video calls with counterparts in Asia. After travel resumed, Apple tried to encourage its staff to return to China by offering a stipend of $1,000 a day during the two weeks of quarantine and four weeks of work, these people said. Though the payout could be as much as $50,000, many engineers were reluctant to go because of uncertainty over how long they would have to quarantine.

In the absence of travel, the company has encouraged staff in Asia to lead meetings that colleagues in California once led, these people said. The staff also assumed responsibility for the selection of some Asian suppliers of future iPhone parts.

The company is now increasingly tapping China to supply high-wage workers to do these jobs, these people said. This year, Apple has posted 50 percent more jobs in China than it did during all of 2020, according to GlobalData, which tracks hiring trends across tech. Many of those new hires are Western-educated Chinese citizens, these people said.

The change in the way Apple works has coincided with an increase in the number of Chinese suppliers it uses. A little over a decade ago, China contributed little value to the production of an iPhone. It primarily provided the low-wage workers who assembled the device with components shipped in from the United States, Japan and South Korea. The work accounted for about $6 — or 3.6 percent — of the iPhone’s value, according to a study by Yuqing Xing, an economics professor at the National Graduate Institute for Policy Studies in Tokyo.

Gradually, China nurtured homegrown suppliers that began to displace Apple’s suppliers from around the world. Chinese companies began making speakers, cutting glass, providing batteries and manufacturing camera modules. Its suppliers now account for more than 25 percent of the value of an iPhone, according to Mr. Xing.

The gains illustrate how China has expanded its mastery of the smartphone supply chain, said Dan Wang, an analyst with Gavekal Dragonomics, an independent economic research firm. “That trend isn’t slowing down,” he said.

Through most of the pandemic, China has rewarded Apple’s reliance on the country for manufacturing. Its steady production — even as other countries’ shut down for periods in 2020 and 2021 — helped Apple increase its smartphone market share and sell its most iPhones ever, according to analysts, a remarkable achievement for a decades-old electronics device that has shifted from offering revolutionary innovations to incremental improvements.

This year, analysts expect Apple to release four iPhones that have smaller notches for its Face ID feature than previous models. It is unveiling the phones a week earlier than usual, which could boost revenue in the current quarter by adding a week of sales. It also is expected to increase the price of its iPhone 14 Pro models by $100 to more than $1,600 to offset the higher costs of some components.

Apple expects the iPhone 14 to build on the success of past years. While other smartphone manufacturers are cutting production as the global economy sputters, Apple has called for its suppliers to make more phones than it did a year ago, according to Susquehanna International Group, a financial firm.

The increased manufacturing order is a testament to the resilience of Apple’s affluent customers, whose deep pockets allow them to buy high-priced smartphones despite rising inflation and the economic downturn.

“There’s a huge wealth gap in consumer spending in the smartphone industry,” said Wayne Lam, a tech analyst with CCS Insight. “Apple is safe relative to the competition.”

When the news media and employees gather Wednesday at the company’s headquarters in Cupertino, Calif., for the product’s debut, Apple will accentuate the phone’s abilities — not how it’s made. The only signs of changes to that process will be visible in the flights coming and going from nearby San Francisco International Airport.

Apple once spent $150 million annually on flights with United Airlines, according to a United promotional banner. Former employees recall that before the pandemic, they boarded flights to Shanghai and Hong Kong in which business class seats were filled with people who worked at Apple.