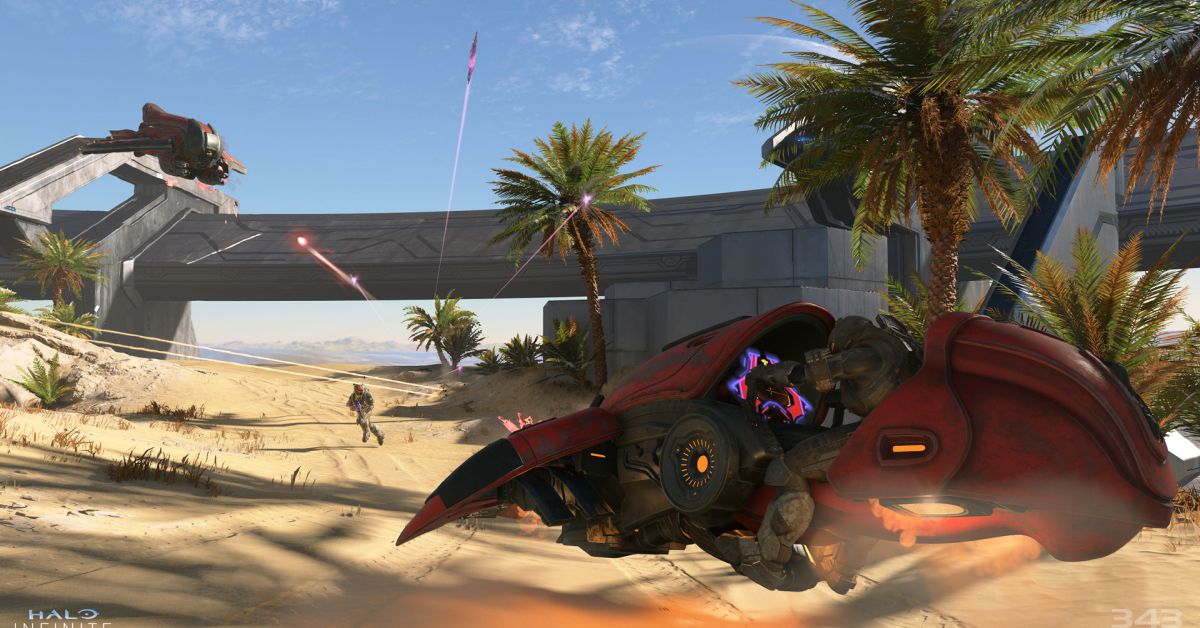 Halo Infinite is getting Slayer, Free-For-All (FFA), Tactical Slayer (SWAT), and Fiesta playlists, according to a Reddit post from u/ske7ch343, otherwise known as 343 Industries’ community director Brian Jarrard (via Windows Central). Jarrard confirmed that the four playlists are coming to the game via an update on December 14th.

343 Industries previously said that Fiesta, SWAT, and FFA playlists would be coming to the game by the end of the year, while a Social Slayer playlist wouldn’t arrive until sometime in 2022. In his post, Jarrard acknowledges that developers promised a Social Slayer playlist with “a variety of new variants.” But since this wouldn’t get done before the holidays, 343 has decided to launch a basic Slayer playlist first, and will “look to bolster and expand with more variants” in the future.

Currently, you can’t choose your game mode. You’re forced to rotate between Capture The Flag (CTF), Slayer, Strongholds, and Oddball, which is obviously a pain if you prefer playing one game type. It’s also an annoyance if you’re tasked with completing a challenge that corresponds to a specific mode, however, 343 is addressing that complaint as well — Jarrard says that the December 14th update will remove “particularly frustrating” mode-specific challenges as well.

The update will also lessen some requirements for challenges, make the weekly ultimate challenge “less intensive,” and will add challenges specifically for the upcoming playlists. 343 is also slowly trying to implement performance-based XP — something that the game currently doesn’t offer — by adding a challenge category that’s “based on accumulating player score.”

Right now, you’re only rewarded with XP for completing challenges, not for each game you play, which has been a major complaint among players who want to level up. Last month, 343 attempted to address battle pass progression issues by adding a “Play 1 Game” challenge, increasing the duration of XP boosts, and rewarding players with more XP for the first six matches they play in a day.

In addition to these changes, Jarrard also noted that developers are working on fixing the “intermittent hiccups” that seem to affect Big Team Battle (BTB), and is also taking a look at ranked matchmaking after hearing reports of “potential anomalies.” Although Halo Infinite was officially released on December 8th, players are still waiting for the co-op story mode that’s set to become available in 2022, as well as a way to replay individual levels in the campaign, which 343 says it will add but doesn’t have a set timeline for.