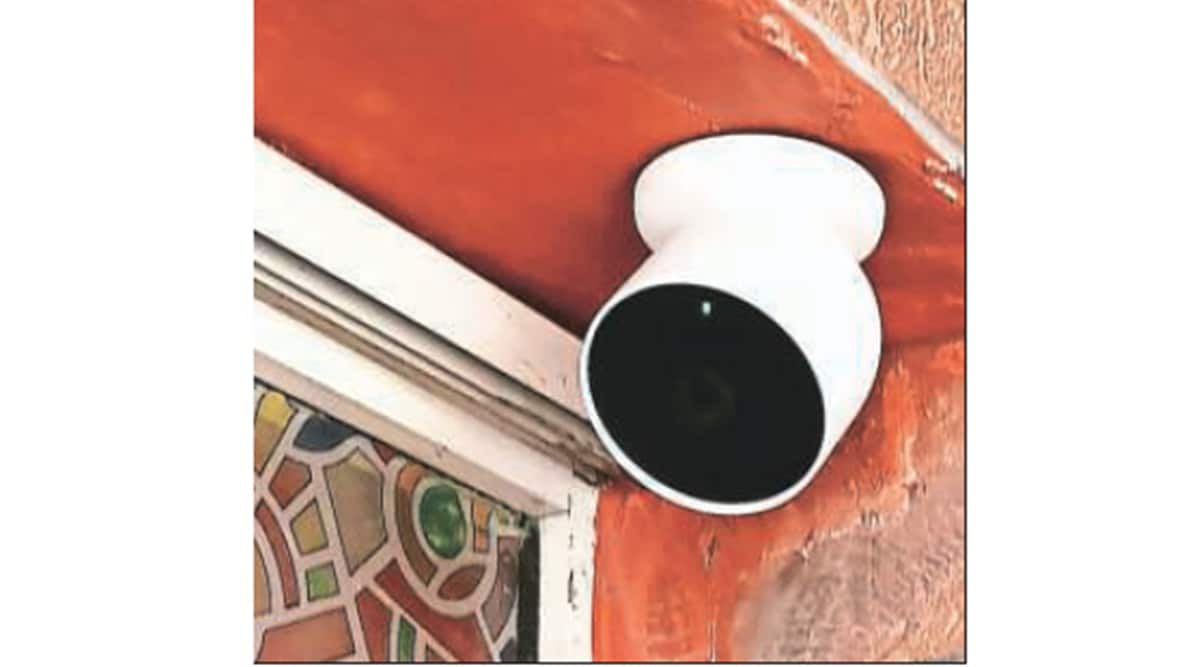 I moved into a new apartment last year, just before the second lockdown kicked in, keeping us all indoors for weeks on end. Now, as we slowly try and step back into what was our old routine, it is becoming tougher to let go of the comforts of home. For those who want to keep in sync with what’s happening at home even as they return to work, technology can be an enabler in the form of security cameras. The Google Nest Camera is probably the easiest off-the-shelf solution now available, coming with the convenience of its partnership with Tata Play.

The Google Nest Camera has been around for a while, though it’s making its India debut only now. The design is minimalist with a large camera that attaches with magnets to a metallic base which you drill onto your wall. You would ideally have to charge and set up the camera before you put it on its magnetic perch.

The installation is easy and fully assisted by the Google Home app. Even for an iOS user like me, the process was smooth, though I did have a Tata Play executive help me out. This was primarily to bind the device to the Tata Play Secure+ platform that lets users activate their Nest Aware subscription, with Familiar Face detection and event video history.

Once it’s installed, you can adjust the lens in such a way that you get the best view. If you don’t have a power source for the camera, this model can work purely on the battery, lasting about seven days on a full charge — it takes about five hours to charge the device fully. So if you are going to charge the camera weekly, it might be better to keep it at a height that is easily reachable.

The beauty of the Google Nest Camera is in how it integrates seamlessly with the Google Home app. Even as we were sticking the camera to its holder, my phone started getting alerts on the app saying ‘Person Seen’ in front of the front door camera — that is how I had designated the review unit. For the entire review period these alerts kept coming, even when I was away from home. Within a second I could tap on the alert and see who was at the door.

Even without the alerts, I could open Google Home and get a live feed, just to make sure everything was fine. In case there is someone at the door, the camera allows you to talk to the person as the device comes with a speaker and microphone that works well even at a distance.

In the app, there is also the option to tap on history and see it as a timeline of the past few hours, or check out the full history of the past 30 or 60 days. In the few days I used the camera the only real issue I faced was with the constant power outages at home that took my Wi-Fi offline and confused the camera at times. I resolved this by moving the camera to a Wi-Fi which had a power backup. Also, there were times I felt the person seen alert was delayed, maybe because of the same Wi-Fi issue.

The Google Nest camera comes at an offer price of Rs 11,999, on top of which you will have to pay an annual fee of Rs 3,000 upwards, depending on the number of cameras, for the Nest Aware subscription from Tata Play Secure+. If you are concerned about home security, or have a child you want to keep an eye on all the time, then this is the perfect device. There are cheaper options out there, but those might not offer you the dependability of the Google Nest Camera. You are not just buying a piece of tech with this one, but also peace of mind.