Global Top Round 2022 accelerator event heads to Sweden in November 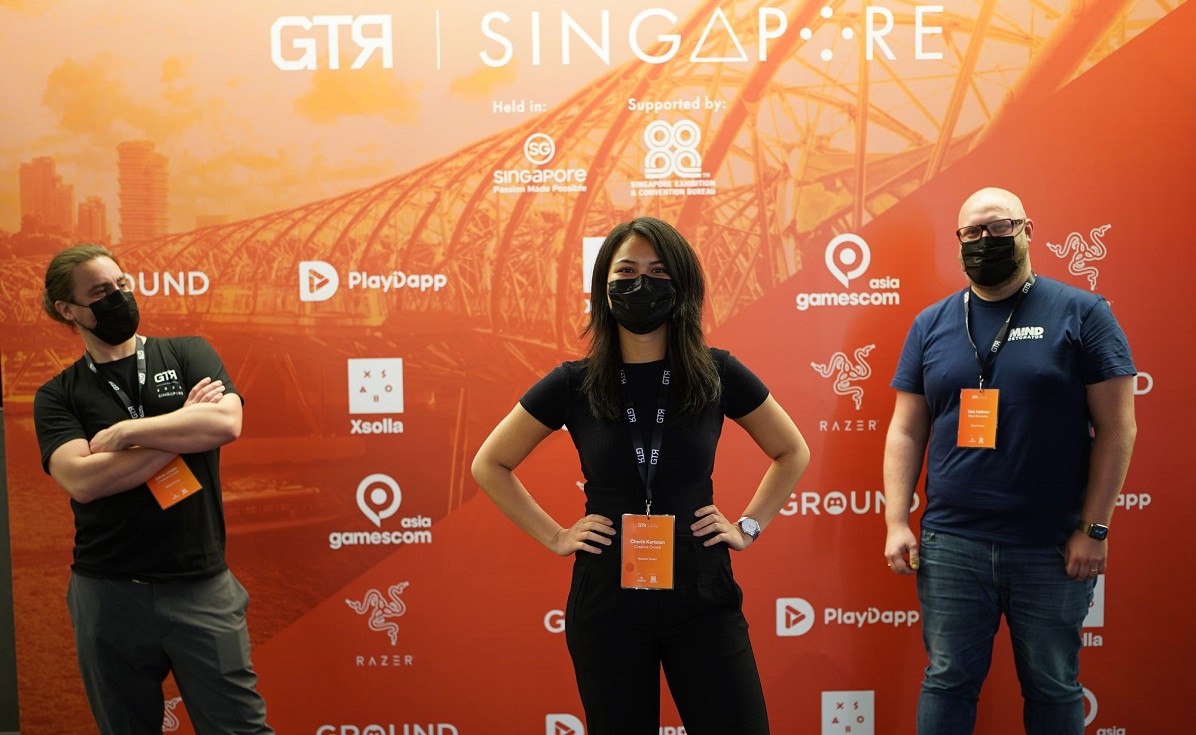 Global Top Round is taking its seed investment and game studio accelerator program to Sweden in November.

GTR is a subsidiary of South Korea’s GXC. For over seven years, GTR has operated an accelerator for game companies, and it expanded to a seed investment program this year. Every year, it conducts an event to highlight its startups and it travels to a new country or even continent every year, said Pontus Mahler, vice
president of business development at Global Top Round, in an interview with GamesBeat.

“We find new locations for our publishers and investors to go to. We just like to move around,” Mahler said.

Mahler, who is Swedish, has been living in Asia for almost a decade and he felt it was time to do an event there. And the Swedish government was receptive, despite the fact that Sweden has a very successful game business already. I guess you can never have enough game studios.

This year, GTR partnered with the government of Sweden to induct 10 game developers into its accelerator program. And the conference will be held in Luleå, Sweden, on November 9-10.

The annual conference brings together studios, publishers, investors, and influencers from throughout the gaming industry to network at one event. At the end of this invite-only conference, GTR will select 10 of the most promising studios to be inducted into its annual accelerator program.

The accelerator program, which has gained recognition in the games industry over the last several years, will grant funding starting at $40,000 to the 10 inducted studios. In addition to the funding, the program will support the games and their business development, make introductions to some of the biggest global publishers, and more.

“Our money is more seen as skin in the game rather than financing,” Mahler said. “So if companies are looking for somebody to finance their entire prototype with their own money, it’s definitely not going to be us alone. But if you’re looking for somebody that can help you find the additional money, then that’s something we do.”

The chosen studios may also receive further investments from GTR’s newly launched seed program, which invests between $150,000 to $300,000 for select projects.

“Global Top Round is more than just about investing in games. We’re building an ecosystem or partners that are shaping the future of video game development,” said Mahler. “Our program is proof that not every project needs to be a triple-A title. We can help build a game’s success with the right tools and network. This year we’ll be bringing the brightest studios to Sweden to put their games on the main stage and get them the support they need.”

Last year’s GTR conference partnered with Gamescom Asia to host the event in Singapore (which was attended by our former contributor Giancarlo Valdes). That conference featured 22 studios and hosted 415 attendees, including several government officials, industry-leading publishers and investors, and business experts. It was challenging, considering COVID-19 made travel very difficult.

Also Read : PlayStation’s new loyalty program launches in the US on October 5th

During the downturn, Mahler said that more publishers and investors than ever have been asking to work with GTR.

“It comes down to the quality of our games,” he said. “For now, it is going really well. We’ll have a lot of projects launching next year.”

Still, it’s not easy. Mahler said, “I’m currently raising two rounds for some of our studios, and working on one acquisition, and it’s a lot slower than before.”

The accelerator program has invested in more than 50 game companies across 32 countries in the last two years that have achieved more than $24 million in financing. To apply, visit this link. Studios must have a demo to show as part of the application, Mahler said.

“We’re a kind of like a scale-up company and partner, not a paper pitch program,” he said. “This year, we had over 450 studios supply. We’re in the middle of due diligence right now.”

The firm sees roughly 3,000 pitches a year. The company will announce its top 20 or 25 studios in the competition soon. Global Top Round works with a worldwide network of publishers (Ubisoft, 505 Games, Focus Entertainment, Gamigo, NetEase, Curve Games, Deep Silver amongst others) and investors (NCsoft, Korea Investment Partners, Line Games, among others).

At the moment, the company doesn’t focus on blockchain games, augmented reality, or virtual reality. It doesn’t invest in China due to challenges with the financial system. Recently, GTR has invested in studios in Germany, South Korea and Latin America, and Brazil.

GTR and its parent are looking at opening an advisory unit for M&A and larger fundings, as it is working on building a new pillar of its program. And it is hiring people to fill out various roles.

“This is going to be the fourth branch of the company,” he said. “We’ll support companies that want to be acquired. There is no shortage of candidates there.”

I asked why GTR didn’t invest in blockchain games.

“I’m very intrigued by blockchain technology. But when it comes to games, 99% of the time the blockchain games we’ve seen so far just is people taking a bad project or a low-end game and slapping blockchain on it and raising 10 times the money than an indie would do. So they’re basically using the Web3 and blockchain angle to raise 10 times more money. So that is mostly the reason that we just get so many bad pitches.”

Over time, that could change. But it’s not a good way for the company to spend its time or invest its money at the moment. There are also some very crowded genres, like rogue-like games.

As for the pitches that do work, it has to do with innovation and creating something that people want to buy.