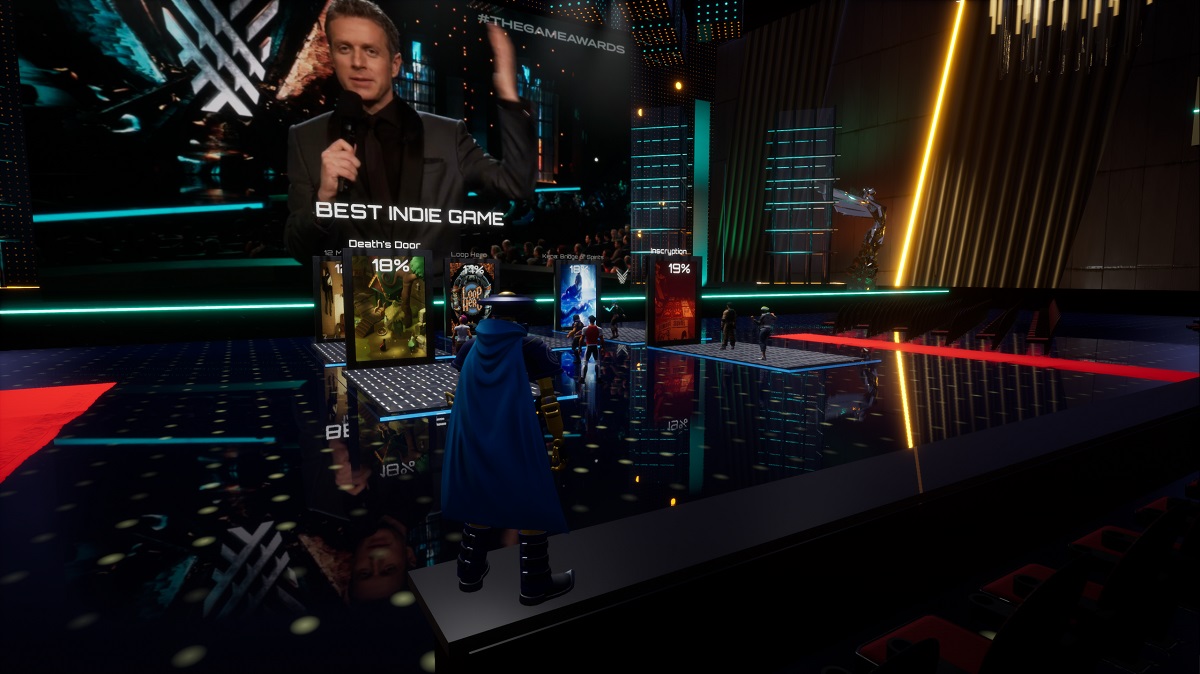 This means that fans will be able to watch and interact with the awards show live on December 9 beginning at 5 p.m. Pacific time from within the virtual environment of Axial Tilt, an interactive world that serves as a metaverse hub for programming and events hosted by Keighley.

Meanwhile, Keighley had to address a hot topic on Saturday. The Washington Post ran an interview with Keighley on Friday where they asked him how he would deal with the litigation around Activision Blizzard, which is one of the advisers for the awards via Rob Kostich, president of Activision. Keighley said he was thinking about how to “navigate” Activision Blizzard’s involvement, expressing support for those who came forward with stories of sexual harassment at the company. But he also said he wanted to support employees and developers.

That ignited a harsh reaction on social media, and Keighley tweeted a clarification, saying that Activision Blizzard would not be a part of this year’s show, and there is no place for abuse, harassment, or predatory practices in any company or any community.

“I also realize we have a big platform which can accelerate and inspire change,” Keighley said. “We are committed to that, but we all need to work together to build a better and a more inclusive environment so everyone feels safe to build the world’s best games.”

Keighley added, “All of us are accountable to this standard. Incredible games — and the talented developers who build them — are who we want to celebrate.”

Beyond its nominations, I can confirm that Activision|Blizzard will not be a part of this year’s #TheGameAwards

Axial Tilt on Core will introduce a new way for viewers to experience The Game Awards, allowing them to watch the show live and simultaneously participate in several interactive experiences that are only available during the broadcast. This includes a red carpet experience beginning at 4 p.m. Pacific time on the day of show and an afterparty immediately following the ceremony featuring a special guest DJ.

Fans will be able to predict the winners of select categories live during the broadcast to win exclusive Core-related prizes. Participants can also keep entertained before, during and after the show by playing multiple mini-games available inside Axial Tilt.

“I’m always on the lookout for exciting new ways to bring The Game Awards to new audiences,” said Geoff Keighley, creator of The Game Awards, in a statement. “The emergence of new metaverse platforms like Core, and the social experiences they enable around live events, presented an amazing opportunity to give fans a new interactive way to enjoy the show. And considering it’s a show about interactive entertainment, it felt like a perfect fit.”

While The Game Awards’ programming is available exclusively on Core, Axial Tilt is a world that exists as multiple instances across the metaverse, having launched earlier this year on Fortnite Creative. The two versions of Axial Tilt have a similar look and feel, however, the gameplay and worlds are slightly different. Crossover events between the two will happen in the future. 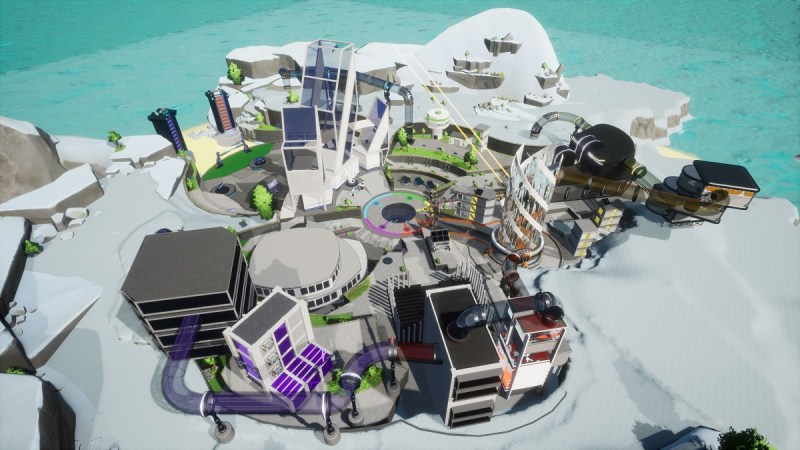 Axial Tilt is available for free on Core today. Players can take a portal directly from Core World, the starting hub world for all Core players. Core can be downloaded at CoreGames.com or the Epic Game Store.

Keighley’s The Game Awards is one of the widest distributed digital events on the planet, with a record setting 83 million livestreams in 2020. Core has more than 40,000 games crated by its community of users. We’ll be covering The Game Awards live from the event.