Generative AI will ‘impact every tool out there,’ says Jasper CEO 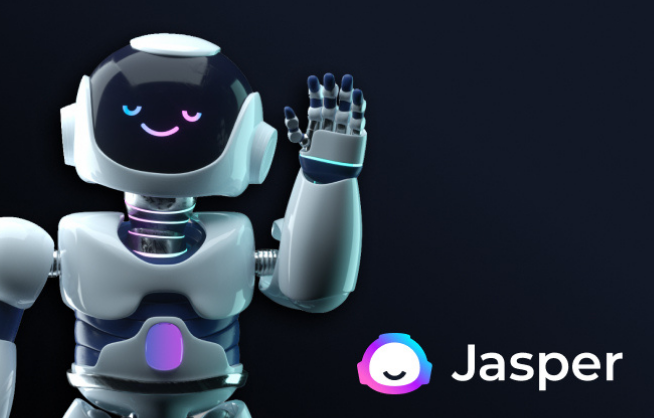 For Dave Rogenmoser, CEO of AI content platform Jasper — which raised $125 million in funding a week ago — the sheer level of hype and scale of chatter around generative AI last week was unexpected. Jasper’s announcement came just one day after Stability AI, which developed its text-to-image generator Stable Diffusion, announced its own massive $101 million raise.

“I didn’t know Stability was going to announce on Monday — and then ours stacking on that definitely hyped up the whole market,” he said.

But Rogenmoser says that hype aside, generative AI — which describes artificial intelligence using unsupervised learning algorithms to create new digital images, video, audio, text or code — is no flash in the pan.

“This is here to stay,” he said. “It’s going to get radically better, even in the next six to twelve months, it’s going to impact every tool out there – so let’s be really thoughtful about it.” Organizations should have a plan of attack on how they are going to use generative AI tools throughout their company, he explained, because there are significant productivity gains to be had. “I really think any companies that put their head in the sand are going to miss out,” he said.

Rogenmoser, a serial marketing entrepreneur, points out that the conversation around AI-driven content generation has typically been around what he calls “layer one,” or heavily technical and research-based companies such as OpenAI, Hugging Face and Stability AI.

Jasper, on the other hand, has only one foot in that technical world – and the other in trying to make the technology useful, he explained.

“Our customers don’t really care about that…they are not having this big debate around generative AI,” he said. “They just want to write blog posts a little bit faster so they can get home to their kids’ birthday party.” Rogenmoser said he believes the opportunity to reach those customers is “much bigger than everyone just duking it out, building the next AI model.”

“I feel like for eight years now, I’ve been trying to solve the same problem — making marketing easier for people,” he said.

The first iteration of Jasper was built directly on OpenAI’s GPT-3 and trained specifically for marketing content generation.

“We took this vanilla generic model that can be used for a lot of different stuff and said, we’re going to train it really well for marketing-specific content and copy,” he explained.

Jasper is meant to help content creators, he added, getting users “maybe 80% of the way there and then the human needs to help craft it, proofread it, check it.”

Longtail of use cases

These days, Rogenmoser said customers are using Jasper for everything from high-stakes use cases such as TED talks and even legal briefs to fun projects like Valentine’s Day cards. But the vast majority of its business consists of copywriters and other content creators, from independent workers to large enterprises, looking to become more productive and efficient.

“We see a massive longtail of use cases,” he said. “We see ourselves as being another tool in your tool belt and kind of giving you superpowers – we’re here to assist you in doing your job really well.”

With the company’s new funding, Jasper plans to improve the customer experience and bring the generative AI technology to more apps.

“One of our goals with the fundraising is to keep moving up [the] market, building more collaboration tools, more reasons to work with your team inside of that and support bigger companies,” he said

Ultimately, said Rogenmoser, “every tool in the world is going to have generative AI built into it in some capacity.”

Where Jasper fits in, he explained, is “we want to be the tool that connects into all the other tools – so if you can get Jasper trained up in your tone of voice and writing the way you want, and Jasper can then hook into your Google Docs and look into your Facebook ads within your HubSpot, you can just kind of have a seamless workflow that works through all of those.”

Rogenmoser admits that Google could add their own generative AI to Docs.

“I know that Google will do it. I would prefer that they not, but there’s still a place for companies like us that said, well, what about once you leave Google and go into Facebook? Wouldn’t it be nice if that exact same style and nicer content flowed with you?” he said.

The future of generative AI

“You’re going to see audio and more things around video,” he said. “I also think you’re just going to see it packaged up in more niche ways, so you might have a Jasper that has somehow solved fast food restaurant workflows, or something that does legal work much better than Jasper. I see this tree of niche use cases that go really, really deep and solve that one problem really well. Any of these little, tiny little niches could be huge companies over the next 10 years.”

As far as Jasper’s future, Rogenmoser said that while marketing has been the startup’s primary use case so far, he gets most excited about building Jasper for sales and customer success teams.

“I don’t know exactly when we’ll do that – we definitely want to be laser-focused on marketing right now,” he said. “But ultimately, we want to start working our way out into other teams inside the company and solving for them one at a time.”