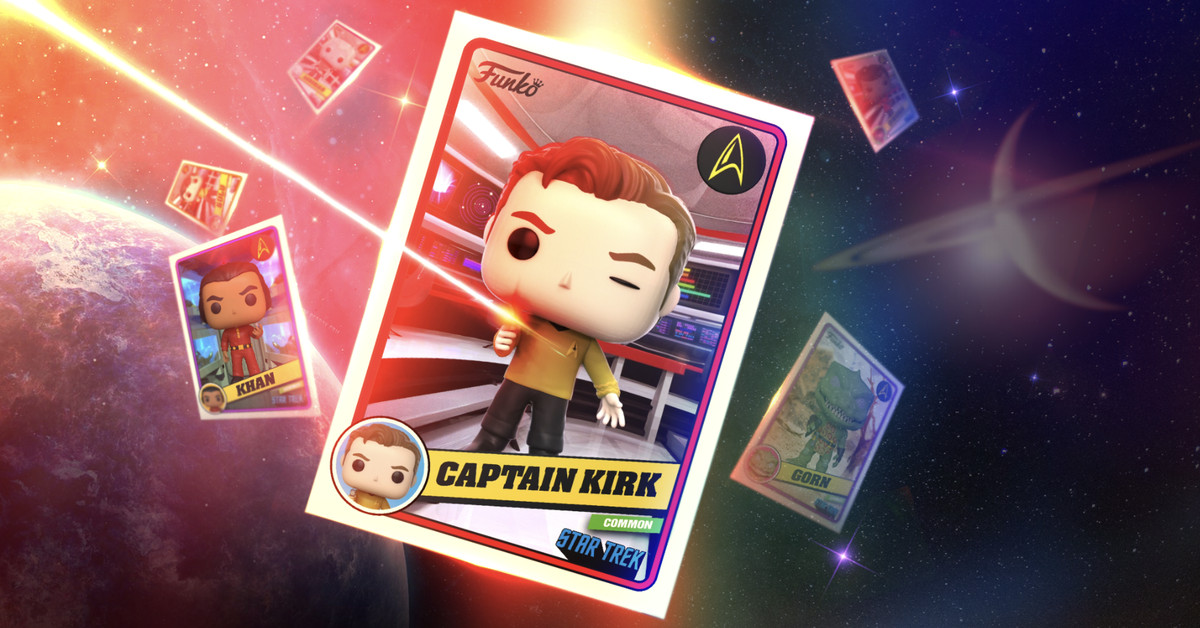 Funko Pop is teaming up with ViacomCBS for its latest “Digital Pop” NFT collectibles, with a new series of blockchain-based cards featuring classic Star Trek characters.

Funko’s “Digital Pop” NFTs aren’t a new thing: they’ve been around since July, and the new Star Trek ones are just the latest incarnation. And as is the case with the other Digital Pop sets, certain specific rare NFTs cards will also include a free physical Funko Pop figure too, which is a potentially nice bonus.

But there’s something uniquely depressing about Star Trek NFTs specifically, given the utopian ideals of the Federation and the very intentionally post-scarcity world in which the franchise is set. Thanks to the ubiquity of advanced technology like replicators (gadgets that can instantly materialize any item out of thin air), Star Trek’s worlds (broadly) don’t revolve around money.

NFTs, on the other hand, are intentionally limited digital items based on environmentally dubious cryptocurrencies that create a false dichotomy of ownership and scarcity for the purpose of attaching an artificially inflated value — or more or less the opposite of the future Star Trek envisions. The entire concept feels more like the kind of straw man a classic Star Trek episode would set up, with a moralizing speech about how “greed is bad… in space!” hamfistedly closing out the episode.

Or, as my colleague Adi Robertson more put it, “Ah yes, Star Trek, the series that famously explored the concept of ‘What if computer-created items were extremely scarce and induplicable?’”

The new series of 120 digital cards will include various characters Star Trek: The Original Series, rendered in Funko’s inexplicably popular style, will go on sale on November 30th at 2PM ET. A total of 48,000 packs of cards will be sold, with 36,000 standard packs with five Digital Pop cards going for $9.99, while 12,000 premium packs with 15 cards will set you back $29.99. As with the other Digital Pop NFTs, you’ll have to buy them on the Droppp.io app, using the WAX Blockchain.