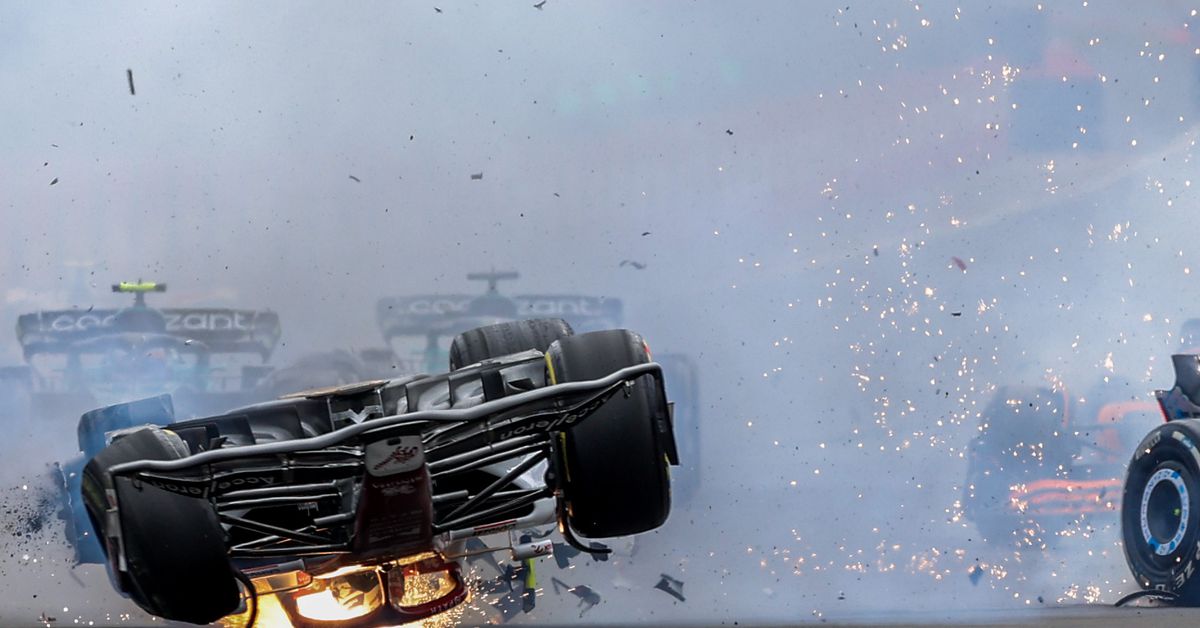 Formula One driver Zhou Guanyu likely wouldn’t be alive today if it weren’t for the partially closed titanium device that formed a protective layer around the cockpit of his race car. Zhou credited the protection device, known as a halo, for saving his life after a horrific crash during the first lap of Sunday’s British Grand Prix, according to CNN.

“I’m ok, all clear. Halo saved me today,” Zhou tweeted Sunday, along with a selfie. “Thanks everyone for your kind messages!”

Zhou was one of several drivers involved in the turn one crash, which saw his Alfa Romeo flipping over and skidding across the track before crashing into the fencing. The halo, which forms partial protection around the cockpit, prevented Zhou from sustaining serious injuries.

Zhou’s car ended up wedged between the tire barrier and catch fencing, which is there to protect fans. The awkward nature of the car’s placement meant it took some time to extract him.

Mercedes’ George Russell, who made contact with Zhou during the collision, immediately got out of his car once it had come to a stop and ran over to check on Zhou.

The rookie, who is the first Chinese driver in F1, was eventually pictured being stretchered away by emergency medical personnel and was later given the all clear after being assessed at the medical center.

The halo, which was introduced by F1 in 2018, was initially resisted by some drivers — though several have since credited it with saving their lives. The concept leaked in 2015, following the death of IndyCar driver Justin Wilson during a race when his head was struck by debris. (A number of other F1 and IndyCar drivers have died in similar incidents.)

The halo was originally designed by Mercedes-Benz Motorsports, but the FIA took over the development process and began a round of testing in the fall. Other designs were tested, including a similar design proposal from the Red Bull Racing team.

The halo was originally designed by Mercedes-Benz Motorsports

Since F1 is considered the the most prestigious racing series, many have looked to it to lead the way in this area, and in some ways it has. F1 originally intended to introduce halo cockpits to the sport in 2017, but the plan was delayed, citing the “relatively short timeframe” to implement the requirement. Halos were eventually introduced the following year. Formula E, the electric motorsports series, also includes halo cockpits in its race cars — including some LED accents.

Halo cockpits have drawn ire from some motorsports fans because of how it can muck up the aesthetics. But when you’re flying around a hairpin turn at 200mph and the slightest touch of a bumper can send a race car spinning through the air, the halo can make the difference between life and death.