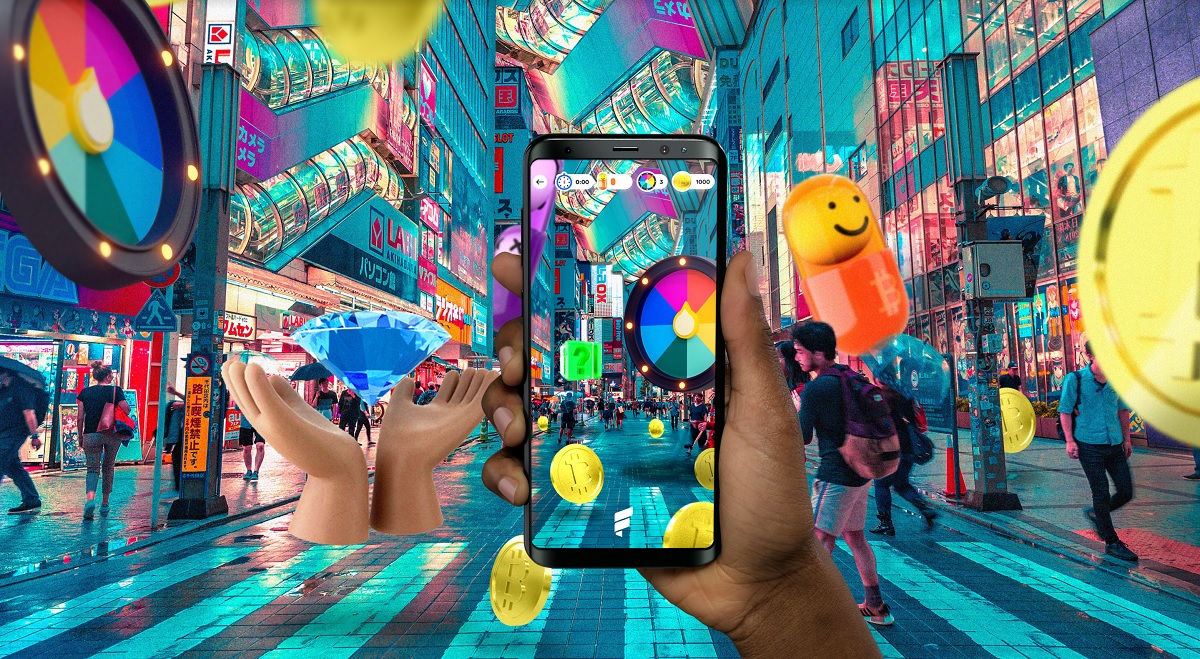 Fold, a reward and payments app, partnered with Niantic to create the Fold AR beta app, which overlays Bitcoin prizes over the real world. It uses Niantic’s real-world mapping tech and Fold’s feature for earning Bitcoin rewards. The company calls this a step into the real-world metaverse, the universe of virtual worlds that are all interconnected, like in novels such as Snow Crash and Ready Player One.

Fold AR is currently available for users to play in beta in the Fold App, and it allows users to earn Bitcoin and in-app benefits by exploring their physical surroundings.

Niantic, the maker of Pokémon Go and a leader in augmented reality, is working with Fold to build the next iteration of the AR experience.

“This is the easiest, most fun way to get your first piece of Bitcoin,” said Fold CEO Will Reeves, in a statement. “Anyone can use our app to earn Bitcoin and other rewards by exploring the world around them. For us, it’s always been important to make participating in the Bitcoin economy easy for anyone, regardless of education or technical expertise.”

Instead of finding rare creatures in the world around you, Fold users will be able to discover and collect Bitcoin and other prizes around them, thanks in part to Niantic’s state-of-the-art, planet-scale, augmented reality platform tech.

Meghan Hughes, head of AR platform marketing at Niantic, said in a statement, “We see a future where our platform technology and AR tools pave the way for new entertainment experiences and real-world connections games always help us push the boundaries of technology and allow us to incubate some of our most audacious thinking, but we see incredible opportunity in multiple categories including payments. Working with Fold, which has always been at the forefront of making bitcoin accessible, is a perfect collaboration for Niantic and a great use case for augmented reality.”

The initial rollout of Fold AR starts today and will allow a small number of users to access the experience for a limited time each day. Access will increase over time. Fold Visa Debit Cardholders will be able to collect special rewards and powers that increase their bitcoin cashback rewards in the AR experience.

Users of the Fold AR app can jump into the metaverse experience every 10 minutes to locate and open a bitcoin rewards block. After tapping to open the block, prizes appear that includes fractions of Bitcoin (known as satoshis) and other exclusive prizes.

Fold has partnered directly with Niantic to leverage their underlying AR technology and design a mobile game that brings bitcoin within reach of hundreds of millions of users. Fold and Niantic have combined development skills and expertise in mobile gaming and mobile banking to create a novel rewards-earning experience.

The Bitcoin earning feature will first appear within Fold, available to anyone who downloads the app. Fold provisions all players with a digital wallet to hold Bitcoin rewards that, in the future, may be extended to other mobile games.