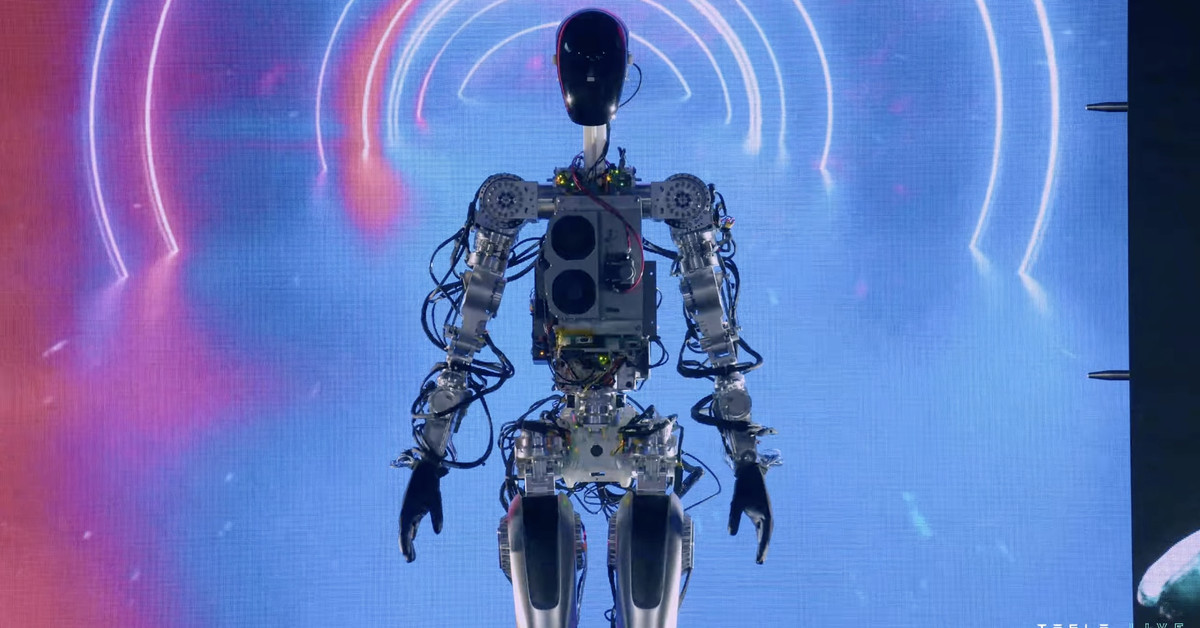 Elon Musk has finally unveiled a prototype of the much-hyped Optimus robot — a bipedal machine that the Tesla CEO imagines will one day be sold as a “general purpose” bot that’s cheaper than a car and equally capable of working in factories and doing chores at home.

The presentation of Optimus at Tesla’s AI Day was laced with the usual Musk intoxicants of hype and misdirection. But it also offered roboticists an admirably detailed look at some of the machine’s actual capabilities. Their judgment? That Tesla’s engineers have done incredible work in such a short space of time but that Optimus is still more hype than reality: a research robot that will take many years to develop into anything meaningful.

Before we dive into the experts’ opinions, though, let’s recap what we saw on the day.

So, that’s the bare facts about what was said and shown on stage. But what did the experts have to say? Here’s some of their reactions, from interviews with The Verge and judgments shared on social media.

Christian Hubicki, a robotics professor at Florida State University, offered his thoughts in a Twitter thread, noting, like many others, that the Tesla team “came a long way in about a year” but that the capabilities of Optimus actually shown on stage “seems standard (but not mind-blowing) for humanoids.”

In his thread, Hubicki notes that the Optimus bot seems to use a walking method known in robotics as zero moment point, or ZMP (though this is not confirmed by Tesla). This is a method of locomotion that’s been in use for decades, deployed in famous bots like Honda’s Asimo. (When you watch Optimus, you can certainly see the resemblance in how its knees are bent in a semi-crouch, and it shifts its weight cautiously from one foot to another.) Hubicki notes that this method of walking is “pretty safe, but not mindblowing in 2022.”

He also points out that another big question not answered by the presentation is reliability. “How often does it fall down? You can’t tell from a cool video — or even a live demo,” he says. Obviously, when it comes to putting robots in factories, reliability is a massive factor, as downtime anywhere in an assembly line can have a significant knock-on effect.

Will Jackson, CEO of Engineered Arts, told The Verge the first two prototypes of the Optimus bot were “decidedly lacking” with “no novelty” in their design.

“They are very similar in concept to Honda’s Asimo robots, the development of which is now abandoned,” said Jackson. “The overall design is heavily built, clumsy and power inefficient — the hands are very basic, the only redeeming feature is a clutch mechanism in the finger actuation. If you want to know how far they are from human level motion and capabilities, compare last year’s reveal — a man in a robot suit — to this year’s actual hardware.”

Jackson praised Tesla’s AI work in general and the dedication of the company’s engineers, but questioned the very idea of building a humanoid robot for menial labor in the first place. “I am amazed that Musk can address an audience so rapturously enamoured with the idea of a humanoid and totally fail to recognise that their desire to interact with a robot is the killer application. Did he think they were applauding because finally the world will have a humanoid robot that can lift a pipe in a car factory?”

He concluded that the demo showed “an extraordinarily brave live demonstration of a herculean effort that sadly lacks novelty and imagination” and that “hopefully we will see a course correction by the time of next year’s event.”

An impressive display but lots of unanswered questions

Jonathan Aitken, a roboticist and teacher at the University of Sheffield in the UK, told The Verge that it was an “interesting demo” and that the “biggest thing is the progress they’ve made in the time that they’ve been working on things.” But he also noted that there were lots of unanswered questions about the robot’s capabilities and the exact nature of the demos.

Aitken points out that the prerecorded videos of Optimus showed an “umbilical cord” attached to the robot, for example. “That for me asks two big questions, power and communication / control.” Was the cord there for safety? Or for power and instructions? (It was noted on stage that it was the first time the robot had walked without a tether.)

“From the presentation, it was good to see the range of activities that the robot was working on,” says Aitken. “Although they were relatively limited.” He notes that footage of the robot moving components in a Tesla factory workstation were impressive but lacked context that would explain how meaningful the work was. “I would like to see more information on how big a component and how general this is in their manufacturing process.”

“Are you launching features for the sake of features or to actually solve problems?”

Cynthia Yeung, head of product at robot logistics firm Plus One Robotics, live-tweeted her thoughts about the presentation, questioning the company’s focus on copying the human form so closely and its planned future business model (which Musk says will involve selling the robots outright rather than selling their services like many robot startups do).

“I think @elonmusk seems to be enamored of the @BostonDynamics approach toward robots (form over function) as opposed to what a lot of other folks are working on (function informs form),” tweeted Yeung.

Yeung noted that the presentation focused a lot on how the team had made Optimus walk but that solving this challenge wouldn’t necessarily solve real-world problems. She also pointed out that the robot’s five-fingered hand was not necessarily as good as simpler two or three-finger pinchers or vacuum systems. “There’s a reason why all the warehouse startups don’t use hand-like manipulation mechanisms,” tweeted Yeung.

Elsewhere, Yeung praised Musk for sharing the spotlight with his team of engineers and said the company made some “cool” actuators and simulators. But her overall judgment on the technical achievements was damning. “None of this is cutting edge. Hire some PhDs and go to some robotics conferences,” tweeted Yeung.

“So far they have built a nice platform for doing the research.”

Speaking to The Verge via email, robotics professor Henrik Christensen of the University of California San Diego said the mechanical design and walking skills of Optimus were “solid” but that “there is little innovation” in Tesla’s approach.

“There is no real evidence that it can do basic navigation, grasping, manipulation.”

Like Yeung, Christensen points out that Optimus’ five-fingered hand design was probably unnecessary (“not sure you need 5 fingers … I did not see a solid argument here beyond hand waving”). And he notes that there was a lot missing simply from Tesla’s presentation: “There is no real evidence that it can do basic navigation, grasping, manipulation.”

“It is a good initial design and it is impressive how far they have come in 9 months, but the innovation beyond Boston Dynamics and Agility is very limited,” said Christensen. “So far they have built a nice platform for doing the research […] The good news is that Musk is not afraid of thinking big and investing. As such I expect to see real innovation here in the future.”

What Musk can really offer: attention and funding

Animesh Garg, an assistant professor in AI at the University of Toronto, offered a response that focused a lot on the more broader challenges facing the field — that is, why develop a general-purpose humanoid robot in the first place when simpler systems are more achievable?

Writing in a post shared on Google Docs, Garg notes that creating humanoid bots is “a zero-to-one problem with no revenue until the system works to deliver value.” That makes investment challenging. But, he compares the approach to designing fully autonomous cars and notes that if the end goal can be reached (seamless integration with existing human environments), then we save a lot by not having to retool infrastructure to accommodate machines (be they robots or cars).

Garg has some light critiques of Optimus’ design, noting, for example, that the cable-driven hands seem to have a decent loading capacity but a slow response time. But he’s more positive that Musk and Tesla are getting involved in this space at all:

Overall, the current design is a very good first step. Interest in building such systems is welcome because Tesla and Elon Musk’s involvement in the problem brings attention, talent, and resources to the problem, setting in motion a flywheel of progress. This effort should be lauded with cautious optimism by the community, for the compass points in the right direction, and Elon brings with him the heft of Tesla engineers as we trek through the AI/Robotics jungle.