EXCLUSIVE: Kriti Sanon: From battling rejections, not having a godfather to getting into the A-league | TheSpuzz 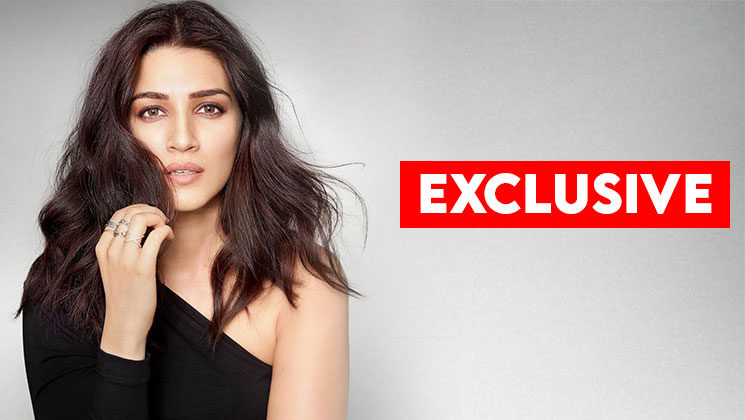 Actor Kriti Sanon is one of the rising stars of Bollywood. Considering that she doesn’t come from a filmy background, Kriti is a self-made star. Even though Kriti who has no godfather has gained immense appreciation for her strong role in Mimi and in fact, she is also one of the most bankable actors of the tinsel town. Kriti who is bringing her A-game now becomes the latest guest of TheSpuzz’s Her Story season 2 where she talked about taking up acting and modeling, facing rejections during her initial days and many more.

When asked if she was treated differently during her initial days, to which the Luka Chuppi actor said that she didn’t experience any ill-treatment but was disheartened when the makers replaced her with a star kid or big stars. She exclusively told us, “Fortunately, I wasn’t treated bad. I just feel that maybe I wasn’t good in the beginning. I also grew with auditions. Yes, there were many times when I gave auditions for a film where they were looking for a newcomer and they ended up going with a star kid or they ended up with already established actors, so that was disheartening. I was like why did you audition if you didn’t want to go with a newcomer.,

She also narrated the time when she was offered a role by a big production but chose not to do it as she felt her role had not much to do in the film. Kriti said, “There were times when I like I got a film which I’ve spoken about it before, not the name, but I got a film which was by big production, very big production but it didn’t have a good enough part like she was the only girl but it was an ensemble, it didn’t have much for me to do and it was a big casting director and she was so sweet but she told me like ‘do you wanna wait out or do you want to do it? ‘ and then my manager was also told that I don’t think she can get something better, she should just take it up.,

Sanon mentioned at that time she was going through a dilemma whether she should do the film or not, thinking she might not get the opportunity in the future. The 31-year old actor continued, “You’re so desperate to start at the point where you just want to, your self doubting, you don’t know if you’ll get another opportunity or not and then you’re like ‘let me just do it, what if I don’t get something else.’ But at that time, your heart is still feeling like it is not much for me to do. I’m like ‘okay fine it is a big production but I don’t know’.,

Kriti Sanon then concluded, “I was glad that my management at that point said that ‘no I feel that you should have just waited out, your first film is so important that wait out for the right project, it will come your way,

Kriti made her big Bollywood debut with Heropanti, starring opposite Tiger Shroff and now the lady has five films in her kitty and they are Bachchan Pandey, Adipurush, Shehzaada, Bhediya, Ganapath.

Also read: EXCLUSIVE: Kriti Sanon recalls her first ramp walk: I was screamed at in front of 50 others, came back home crying

Bold and intimate scenes of Bollywood actresses that raised eyebrows