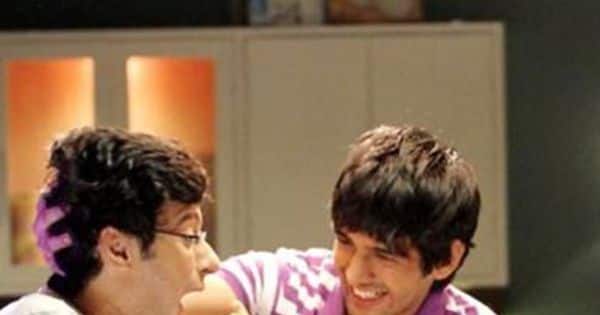 Divyenndu Sharma and Kartik Aaryan kicked off their Bollywood journey with director Luv Ranjan’s 2011 rom-com Pyaar Ka Punchnama. The two newcomers received great appreciation for their debut roles and now they are both established actors in the Hindi film industry. The Mirzapur fame has now shared some unbelievable details about the Bhool Bhulaiyaa 2 star from their Pyaar Ka Punchnama days. – Kartik Aaryan, Shahid Kapoor and more Bollywood actors spotted with trendy sweatshirts today – who’s your pick for the coolest dude? [View Pics]

During his recent interaction with Siddharth Kannan, Divyenndu was asked about his experience of working with Kartik and mention things that he learned from him. To which, he replied, “He was new, there was nothing to learn. In fact, I was teaching him. He just graduated from an engineering college. He was happy, and I used to feel good looking at his happiness.” – Brahmastra: Is THIS Mirzapur actor a part of Ranbir Kapoor-Alia Bhatt starrer?

When Divyenndu was asked why he didn’t appear in Pyaar Ka Punchnama 2 like Kartik, he said that he had nothing to do in it and didn’t want to do the same things over and again. “I didn’t want to do the same role, the same things again. I gave everything I could to Liquid in the first part,” he said. – Ek Villain Returns box office collection: John Abraham, Disha Patani, Arjun Kapoor’s film surprises, beats Kartik Aaryan’s Bhool Bhulaiyaa 2 in overseas markets

Divyenndu was given one of the much-appreciated parts of his performance as Liquid in Pyaar Ka Punchnama. He then became popular with his role of Munna in Mirzapur. Post the release of Mirzapur Season 2 the actor was seen in the short film 1800 Life. But Divyenndu says he has only seen audiences remember and praise him as Munna in Mirzapur. He misses playing comic characters on-screen and now he’s dying to do a comedy project.