Data.ai: Mobile has huge lead on PC and console in consumer spend 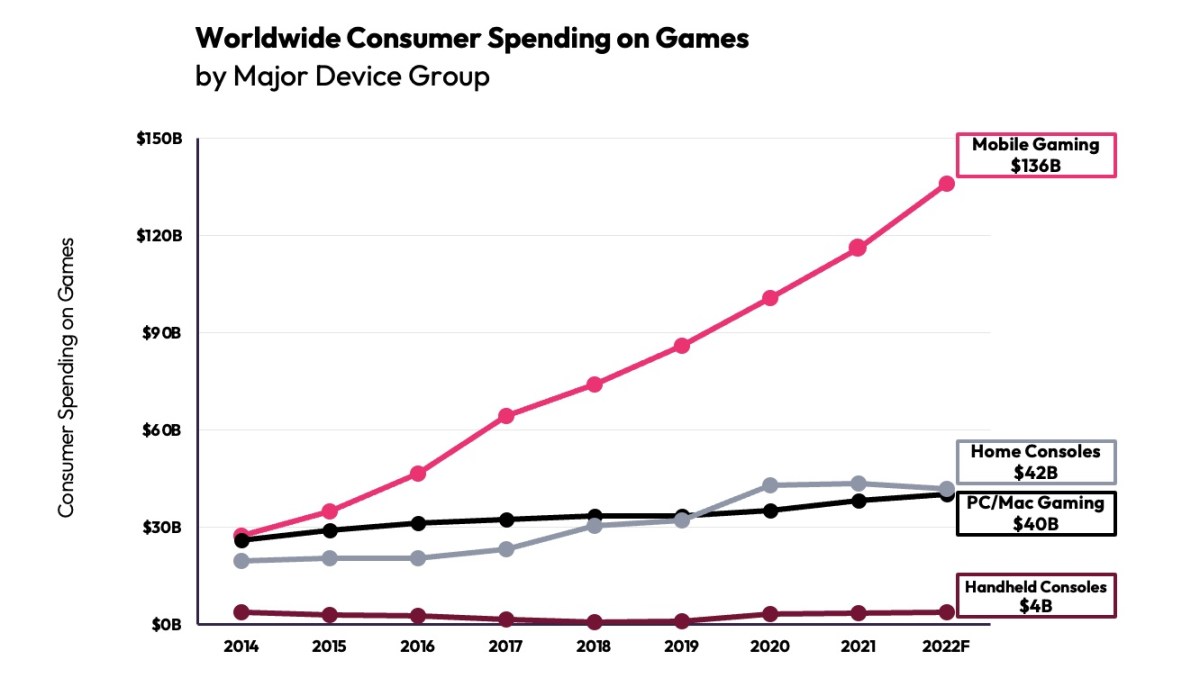 Data.ai released a new report in partnership with International Data Corporation (IDC) analyzing the rising fortunes of the gaming market. Mobile gaming, in particular, has been rising steadily for almost a decade, and it now has a huge lead on its fellow markets in the PC and console space.

That’s not to say any part of the gaming market is doing poorly. In fact, the entire industry is set to reach $222 billion this year. Data.ai also says it expects a boost in sales on consoles when more PS5s and Xbox Series consoles become available throughout the year. But mobile gaming in particular is on a meteoric rise.

Lexi Sydow, head of market insights at Data.ai, spoke with GamesBeat in an interview about why she thinks the mobile market is expanding. “I think COVID was the catalyst, but the trends were in place, so I think it’s just the fact that COVID gave us a bigger reach of people in the gaming world. I think there were a lot of people who hadn’t really engaged with a mobile game, per se, and probably did it for the first time during COVID. . . but at the end of the day, we’ve been seeing this unfold over time.”

In addition to consumer spend, Data.ai also reported that mobile gaming has a diverse audience compared with its fellow markets. For example, 47% of the top games by consumer spend skew female (meaning they’re more likely to appeal to female players over male). Both Gen Z and Baby Boomer generations have also been spending more on mobile games, according to the report.

Sydow also told GamesBeat the increasing power of mobile devices is another source of their gaming appeal: “The device specs of a mobile phone are so advanced, and we’re able to have such high-quality games and core games produced on a mobile phone, and the phone as a machine can handle it now.”

This is born out by the report, which notes, “The console and mobile experience is also merging; mobile devices are now capable of offering console-like graphics and gameplay experiences along with cross-platform competitive and social gaming features.