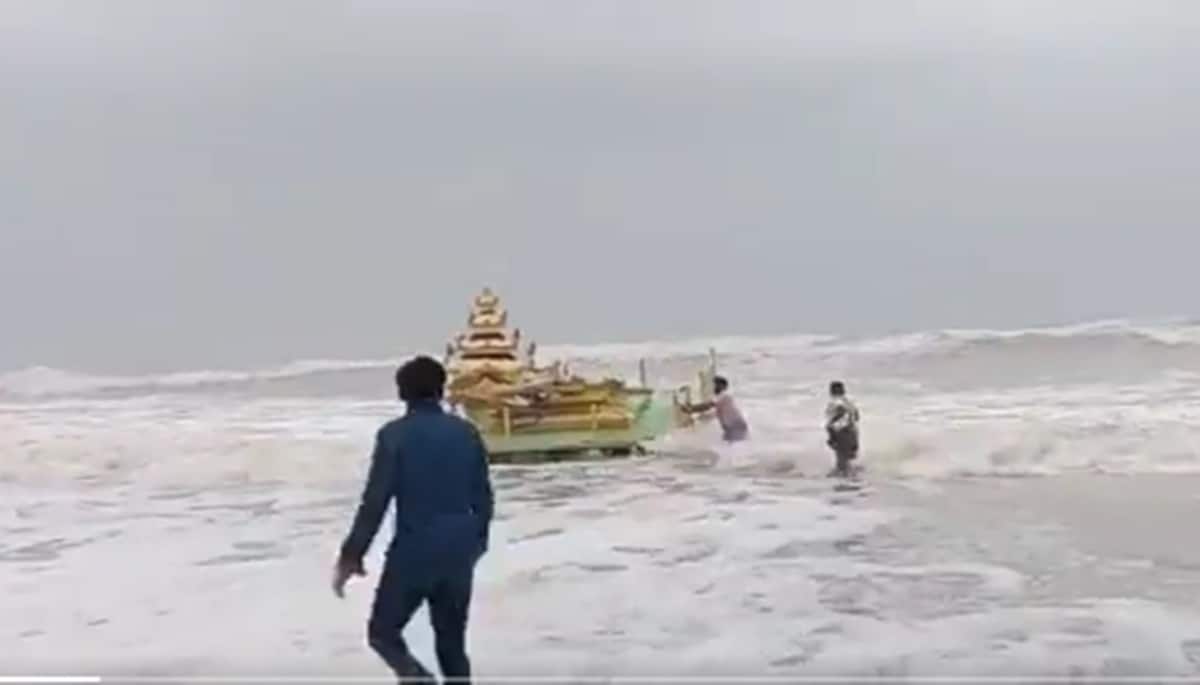 A mysterious gold-coloured chariot, suspected from another country, has washed ashore amid the impact of Cyclone Asani in Andhra Pradesh’s Srikakulam district on Tuesday. People were seen assembling near the seashore to have a glimpse of the chariot while some of them dragged it out of the water.

The chariot resembles the shape of a monastery. Sharing details, the police said that the intelligence department had been informed of the incident.

“It might have come from another country. We have informed intelligence and higher officials,” the ANI quoted the police as saying.

Meanwhile, according to the IMD, severe cyclonic storm Asani has weakened into a cyclonic storm. While it may become a depression by Thursday morning, which means that the cyclone is unlikely to make a landfall

It, however, is expected to hover over coastal areas of Andhra Pradesh and nearby areas.

IMD, in a statement, said, “The severe cyclonic storm Asani over west central Bay of Bengal moved west-north westwards with a speed of 12 kmph during the past 6 hours, weakening into a Cyclonic Storm.”

“Heavy to very heavy rainfall warnings have been issued along with the coastal districts of Andhra Pradesh. Telangana’s Nalgonda, Suryapet, Bhadradri Kothagudem, Khammam and Mulugu districts are likely to receive light to moderate rainfall,” a senior IMD official was quoted as saying by ANI.

The officials further said that the neighbouring state of Telangana might also receive light to moderate rainfall. They added that Hyderabad may see light rains in the next 24 hours and cloudy conditions may continue for the next 48 hours.