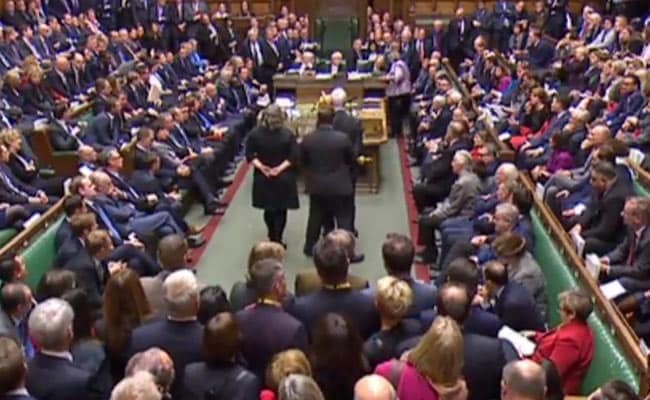 A British Member of Parliament has been accused of watching pornography while sitting in the British House of Commons. The allegations were made at a meeting during which several women MPs shared accounts of sexism and harassment. While the Parliamentarian has not been named publicly as yet, a female minister has alleged that she saw him viewing pornographic material when she was sitting behind him. The incident occurred last week with The Times reporting that it happened during a hearing of a select committee.

A second female member of the British Parliament also said that she had caught the man watching pornography at a different time and even attempted to take a picture of it, but failed to do so.

Conservative Member of Parliament Pauline Latham told BBCthat several MP’s who were at the meeting were “shell shocked” and “couldn’t believe something like that could happen in what’s really a professional place”. She also said that is the accusations were proven to be true, the man should lose his job as well as position in the Conservative Party.

The British Parliament recently has been at the centre of a debate revolving around sexism and misogyny. Last week a story was published in The Daily Mailalleging that Deputy Labour Party Leader Angela Rayner uses her legs to distract Prime Minister Boris Johnson when he is speaking. This sparked widespread criticism with even the Prime Minister himself calling the piece misogynistic.

An MP from the Green Party also pointed out that The Timeshad published a report wherein it stated that a total of 56 MPs faced sexual misconduct charges, and even asked the Prime Minister whether this would constitute grounds for dismissal. Mr Johnson responded to this by saying sexual harassment is “intolerable” and that these would constitute grounds for dismissal.