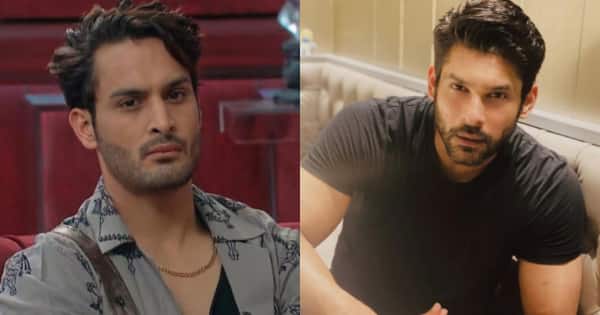 Umar Riaz’s elimination from Bigg Boss 15 house has become one of the most discussed topics. He got evicted from the show because of his violent behavior against Pratik Sehajpal. During a heated argument, Umar Riaz pushed Pratik Sehajpal and he was then shown the door. But not before Salman Khan gave bashed him for his behavior on Weekend Ka Vaar. Soon after his eviction, an old tweet of his went viral on social media. The throwback tweet had Umar Riaz demanding justice for brother Asim Riaz when Sidharth Shukla had pushed him in Bigg Boss 13 house. This tweet once again surfaced on the web and netizens started talking about Karma. Umar has now opened up on the same. – Salman Khan DENIED interim relief by Mumbai Court in defamation case against Panvel neighbor

In an interview with Bombay Times, the ex-Bigg Boss 15 contestant accepted that he made the tweet, however, he did not wish for Sidharth Shukla to be thrown out of the house. He stated that he just wanted Sidharth Shukla to get punished for his behaviour. Umar Riaz was quoted saying, “I agree that I had said that Sidharth pushing Asim wasn’t right, but I never said that he should be removed from the show. Whenever people asked me, I used to say that he should be given some punishment in the house itself.” – TV News Weekly RECAP: Shehnaaz Gill photoshoot goes VIRAL, Wedding plans of Mouni Roy, Tejasswi Prakash in trolled Bigg Boss 15 and more

Even though Umar Riaz is out of the show, he is being hailed as the winner of the current season as he has received tremendous love from the audience. Twitter trend ‘Public Winner Umar Riaz’ crossed 17.1 Million tweets and reportedly, trends for Umar surpassed that of Sidharth Shukla. Now, the buzz is that Umar Riaz may enter Bigg Boss 15 house again on public demand. – Bigg Boss 15: Kamya Panjabi is not amused with the ‘Jagat Didi’ comment on Shamita Shetty — read tweet

Bold and intimate scenes of Bollywood actresses that raised eyebrows