Apple’s AirPods Max firmware update made ANC worse for me, too 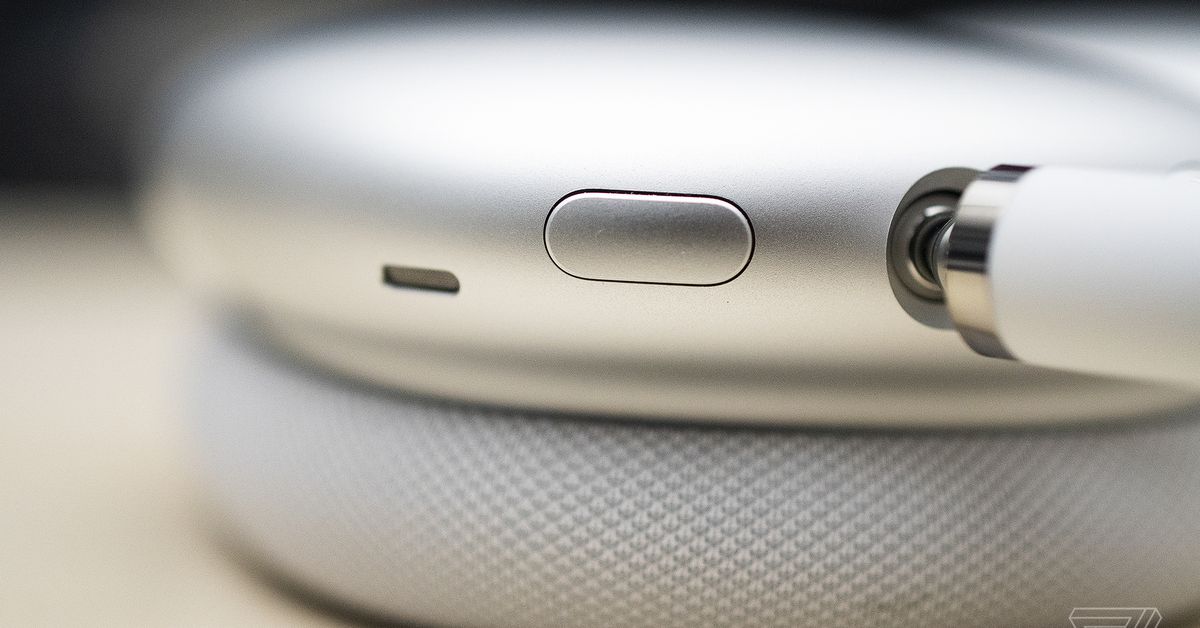 The active noise cancellation (ANC) in my one-week-old AirPods Max has gone soft. After updating to the latest firmware, version 4E71, I am convinced the ANC is no longer as strong or effective as it originally was out of the box. If you’re one of the folks who has experienced this frustrating issue (it’s been discussed on Reddit for months), I now understand the problem firsthand.

Both my wife and I often work from home, and for a few days, my AirPods Max excellently rendered her business calls inaudible to me, banished the corgi barks emanating from under my desk to the nether realms, and audibly shut out the high-rise construction site outside my apartment window. But now, the ANC sounds like what I’d describe as a librarian’s transparency mode: it lets me hear my surroundings clearly but reduces the volume for everything. I’m hearing everything I don’t want to now, and I’m convinced it’s because of that firmware update.

I didn’t rush to this conclusion. I discovered a reduction of the ANC strength after a mid-week overnight charge. That’s likely the point the AirPods automatically ran the update, which they still do stealthily for some reason. Resetting the AirPods Max by holding both buttons and repairing did not bring back what I freshly remembered as the best ANC peace and quiet during work that I’ve had.

Not all AirPods Max owners are convinced there have been changes, though, with some pinning it on false perceptions drawn from just knowing there was an update — the placebo effect. For some, that could be a plausible explanation because ANC as a feature can be hard to decipher and may be perceived differently by different ears.

In 2019, Bose QC35 II owners similarly complained about degraded noise cancellation performance after a firmware update. The feedback was significant enough for Bose to look closely into the issue. But the company insisted there was no regression. For some users that purchased AirPods Max for accessibility reasons, a perceivable change could be much more apparent.

In my case, I’m confident this isn’t placebo. I wasn’t thinking or paying attention to anything related to firmware. And you might be thinking: well, firmware 4E71 came out in May, so my AirPods Max most likely shipped with the latest firmware! Not so fast, because when trying to purchase Apple Care, I found out my brand-new AirPods Max were older stock and had first shipped to the retailer (Verizon) in April based on warranty information.

Apple software changelogs are fairly informative, usually. For instance, iOS 16.0.2 was just released this week, and it lists all the fixes within, including a remedy for the iPhone 14 Pro camera shake. But when it comes to firmware updates for all AirPods models, Apple isn’t as thorough. For the last update, the only information Apple shared was “Bug fixes and other improvements.” I reached out to the company about what changes came in the latest firmware and if ANC really was affected but haven’t heard back. I just wish Apple added different ANC levels so people can find one that best works for them.

This isn’t the first time people have noticed a post-update downgrade in performance from Apple’s AirPods products. Many users complained that their AirPods Pro ANC was less effective following a November 2019 update, and then more people experienced a similar effect with update 2C54 in 2020. Apple would later pull the 2020 update without explanation.

This situation leaves me in a tough spot: I really like my AirPods Max. It feels really comfortable to wear all day, fits me perfectly, and my head doesn’t get hot. But since it doesn’t sound as good as it did out of the box, I’m not sure if I want to keep them. I don’t listen to music while I’m working, so I was relying on just the ANC alone to help me concentrate. What I’m doing now is playing different rain and thunder sounds on Apple Music, and that, combined with the current ANC, works well enough for me.

Now I’m weighing my other options while I’m in my return period, including the Sony WH-1000XM5 or even the older model for better portability (and either way, I’d save some money, too). Alternatively, the improved ANC in the new AirPods Pro (2022) is also on my radar. Though, given Apple’s silent and automatic way of updating firmware, I worry the same thing can happen all over again.