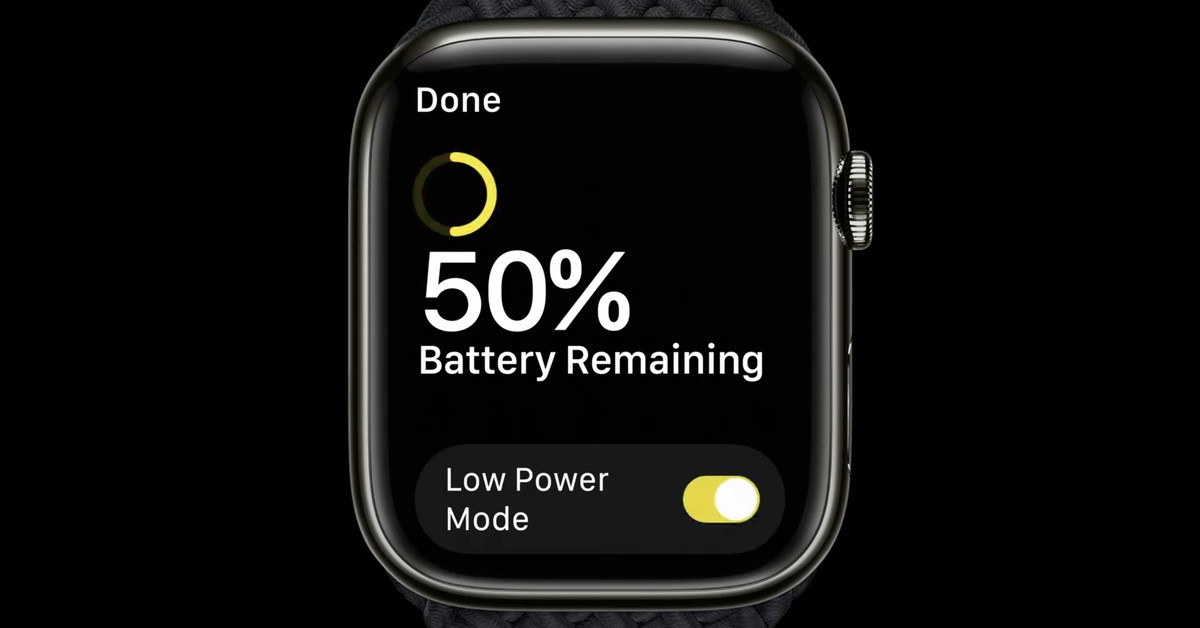 When Apple announced the Apple Watch Series 8 on Wednesday, it introduced a new low power mode feature that lets the wearable double its battery life by turning off a few features. It won’t be limited to Apple’s latest devices, though — during the presentation, Apple said low power mode is coming to “the Series 4 and later” with watchOS 9, which is launching September 12th.

The company didn’t say whether the mode would be as effective on older devices as it claims it will be on the Series 8 and Apple Watch Ultra (Apple says its bigger watch will be able to go from 36 hours of runtime to 60 with the mode turned on). But based on what we know about how it works, it’s clear that it’ll be less effective on at least a few models.

Low power mode conserves juice by turning off some features like the always-on display, workout autostart, heart health notifications, and more, while keeping things like activity tracking and fall detection switched on. While turning the screen fully off will absolutely improve battery life on some of Apple’s watches, it won’t do much for the Series 4, or either model of the SE — they don’t have always-on displays to begin with.

Apple didn’t respond to The Verge’s request for comment on what types of features it’ll turn off on watches like the new SE, or whether the feature is coming to the budget model at all. The SE does fit the description of “Series 4 and later,” but low power mode isn’t mentioned on the SE’s product page.

Despite the caveats, it’s nice to know that there’ll soon be a way to eke out at least a little more runtime on your older watch, without having to switch into the ultra-bare-bones power reserve mode, which only displays the time when you press the watch’s side button. That’s especially true as these devices and their batteries get older — though it’s worth noting that Apple will service watch batteries for $79 if you really want to make your Series 4 last as long as possible.