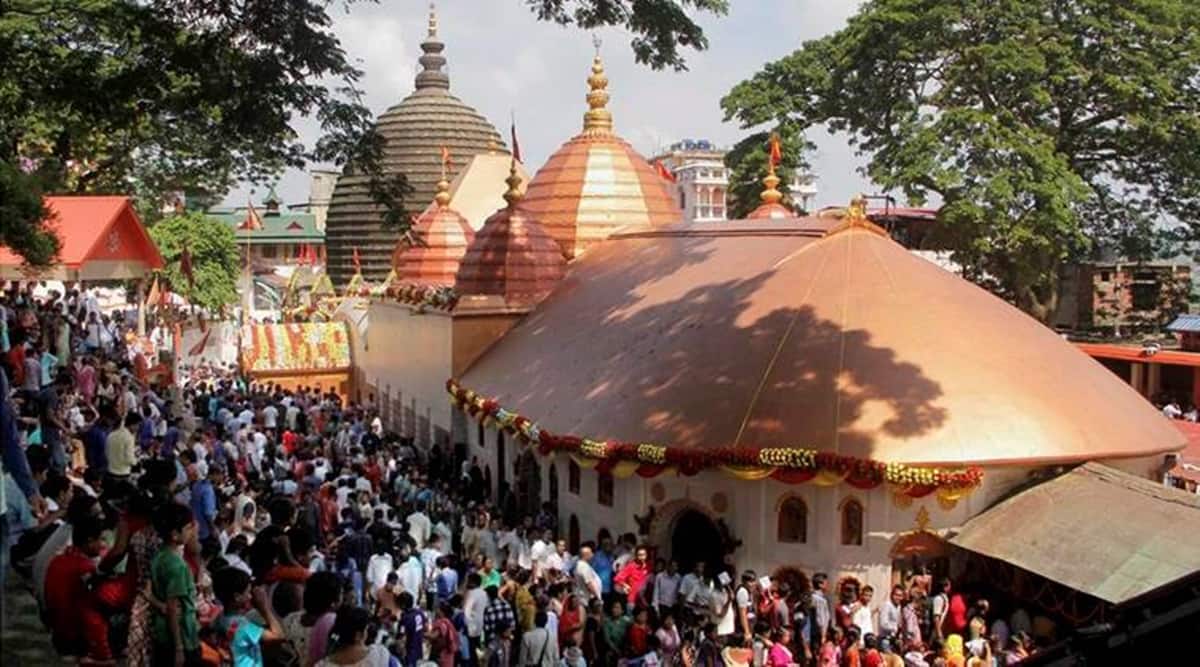 Ambubachi Mela, the biggest congregation of devotees in the northeast, kicked off on Wednesday after a two-year gap due to Covid-19. The Kamrup (Metro) District Administration expects around 10 lakh devotees to throng the mela at Guwahati’s famous Kamakhya Temple.

The district administration has set up three camps for the devotees. Around 5,000 devotees have already gathered at Kamakhya station and the old jail complex. The police have also restricted vehicular traffic from the Kamakhya gate to the temple. The district administration, however, will provide 25 vehicles to transport officials and VIPs from the foothills to the temple.

At least 800 CCTV cameras — 300 by the temple authority and 500 by the police — have been installed for surveillance. To ensure safety, adequate number of police officers will be positioned at the temple and on the road leading from the foothills.

Nine medical camps, including one with five beds, have been set up at various locations around the hills. Apart from fire and rescue vehicles, the state disaster management organisation will also station three ambulances for any emergency.

There will, however, be no arrangements for Covid-19 screening at the temple entrance, station, or interstate bus terminal despite the huge influx of devotees from outside the state.

Ambubachi Festival is held during monsoon to honour Goddess Kamakhya, who is believed to be going through her menstrual cycle at the time. The devotees believe the Goddess provides fertility. As part of traditional seclusion during menstruation, the temple is closed for three days, beginning on the seventh day of ‘Ashadh’ and ending on the tenth day. The temple doors are ritually opened on the twelfth day and a large fair held.

“Ambubachi” means “spoken with water”, implying that the expected rainfall this month would render the ground fertile for reproduction. Daily worship is not permitted during this time. Agricultural activities, including ploughing, sowing, and transplanting crops, are also prohibited. Devotees avoid eating cooked food, while used utensils and clothes are washed and symbolically purified by sprinkling water on the fourth day.

The Goddess is worshipped after the cleaning ritual, when it is auspicious to enter the temple. The prasad distributed to the devotees comes in two varieties — Angodak or “water from the spring”, and Angabastra or “cloth covering the body”.

The shrine was locked and devotees not allowed during the last two years due to the pandemic. With Assam lifting all limitations, the festival is being held from June 22 to June 26. The festival drew 25 lakhs pilgrims in 2019, the largest in history.