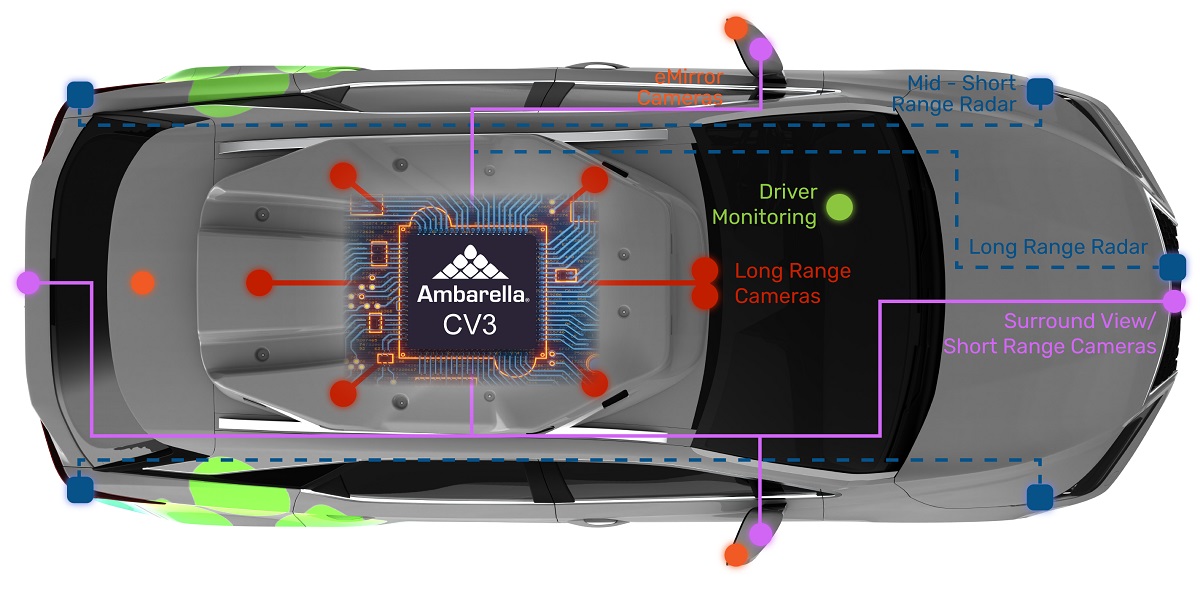 The Santa Clara, California-based maker of AI chips made the announcement at the CES 2022 tech trade event in Las Vegas.

The chip family is another addition to the scalable, power-efficient CVflow family of system-on-chips for the automotive industry.

Ambarella said the chip has the highest AI processing performance, at up to 500 eTOPS, representing a 42 times increase over Ambarella’s prior automotive family.

Featuring up to 16 Arm Cortex-A78AE CPU cores, the CV3 provides up to a 30 times boost in CPU performance over the prior generation in support of autonomous vehicle (AV) software applications.

“With our new CV3 AI domain controller family, we are now capable of running the full ADAS and AD stack with a single chip, while providing unprecedented performance and power efficiency,” said Fermi Wang, CEO of Ambarella, in a statement. “Through enhancements to our on-chip ISP, along with simultaneous radar processing that can take advantage of our Oculii adaptive AI algorithms, Ambarella is helping the automotive industry unlock greater levels of perception accuracy across all environmental conditions to realize the promise of autonomous driving.”

The company said this drove the development of the on-chip neural vector processor (NVP), with up to 500 eTOPS of AI compute, industry-leading power efficiency, and support for the latest advancements in neural network (NN) inferences.

The NVP is also enhanced to run advanced radar perception software, such as the Oculii adaptive AI software algorithms. This is complemented by a new floating-point general vector processor (GVP) designed to offload classical computer vision and radar processing from the NVP engines, and floating-point-intensive algorithms from the Arm CPUs, the company said.

Ambarella said the CV3 family’s unique hardware scalability allows automakers to unify their software stacks across their entire retail portfolios, while reducing the cost and complexity of software development. This scalability directly addresses the rising complexity of automotive software by providing an alternative to the fragmented ADAS SoC offerings from competitors. 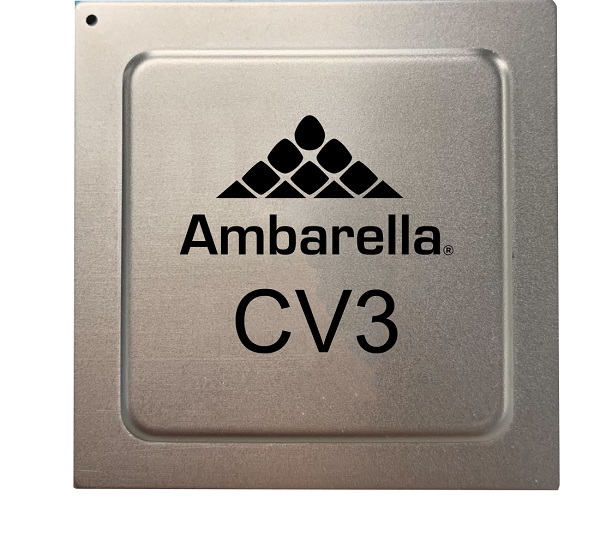 This new family also supports both central and zonal architectures. In addition to covering the whole AD stack, the CV3 can simultaneously process in-cabin sensing applications, including driver and occupant monitoring.

Ambarella’s complete line of AI perception SoCs is uniquely positioned to support the full range of viewing, recording, sensing and path planning applications, from basic ADAS to L4 AVs. This means that automakers no longer need to develop different software stacks for their entry-level, mid-range and premium vehicles, as they can use Ambarella’s unified CVflow platform across all models, saving engineering costs while enabling faster responses to market trends.

Leveraging a comprehensive set of mature software tools and a robust SDK, Ambarella’s flexible CVflow AI platform provides customers with an unprecedented opportunity to innovate and differentiate their products in the marketplace. To further expand this capability, Ambarella has cultivated a broad ecosystem of software partners for the CVflow platform, working closely with them to port and optimize their applications, the company said.

The first SoCs in the CV3 family are expected to be available for sampling during the first half of 2022.