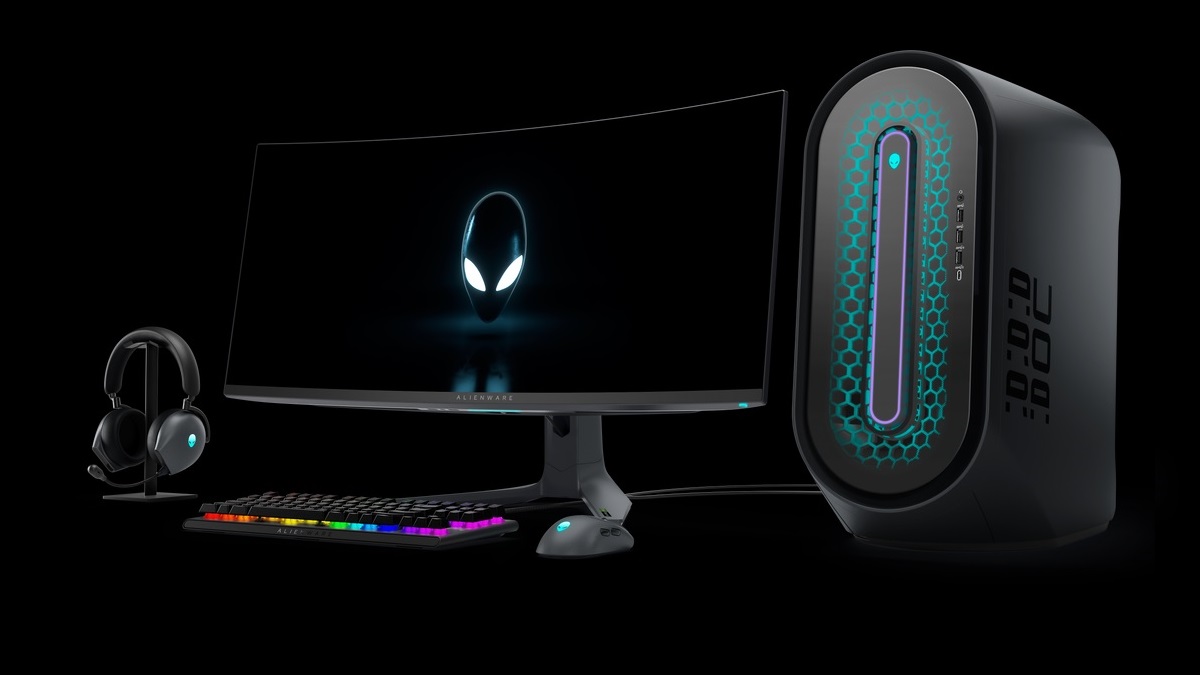 Alienware announced its newest products today, which include a new, cheaper version of its curved OLED monitor, a tenkeyless keyboard and a refreshed Aurora R15 desktop. All of them will be available in fall.

Perhaps the biggest reveal is the 34″ QD-OLED curved monitor. It’s a slightly downgraded — and therefore cheaper — version of the QD-OLED monitor it released earlier this year. In practice they’re not different, but the new monitor has a slightly lower refresh rate (165 Hz) and supports AMD FreeSync Premium Pro over Nvidia’s G-Sync Ultimate. It’ll cost around $1,099 vs the other monitor’s $1,299.

Alienware is also offering its first tenkeyless keyboard. According to the company, this keyboard frees up mouse space and comes with Cherry MX switches. It also features per-key RGB lighting and fully programmable keys.