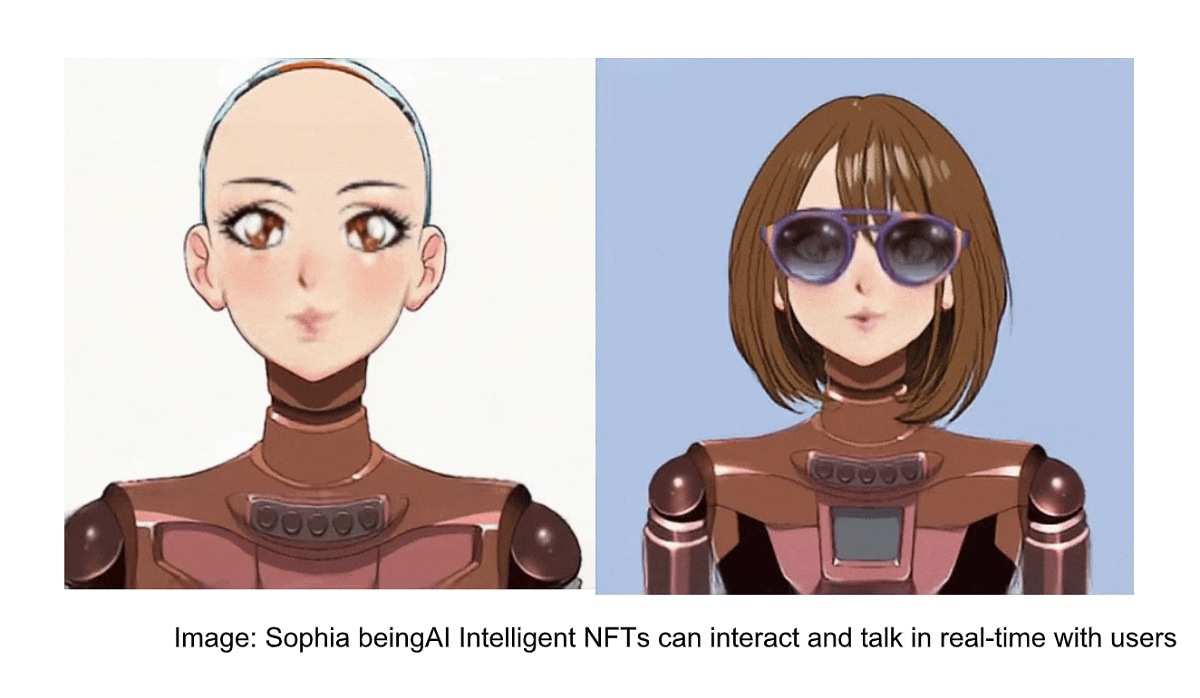 Alethea AI and BeingAI are collaborating with the Binance NFT marketplace to introduce the AI game characters that are based on nonfungible tokens (NFTs).

Alethea AI creates smart avatars who use AI to hold conversations with people, and it has launched its own NFT collectible AI characters. NFTs use the transparency and security of the digital ledger of blockchain to authenticate unique digital items. The companies see this as the underlying AI infrastructure for iNTFs, or intelligent nonfungible tokens, on the path to the metaverse, the universe of virtual worlds that are all interconnected, like in novels such as Snow Crash and Ready Player One.

Being AI, meanwhile, is on a quest to create AI characters who can interact and talk in real time with users. Both companies are working with the NFT marketplace of Binance to launch intelligent IGO (Initial Game Offering), featuring a hundred intelligent NFTs characters.

The companies will launch a limited edition selection of 100 NFT characters, including BeingAI’s Sophia, a virtual version of Sophia the Robot.

Alethea AI’s intelligent NFTs can interact in a gamified environment with people autonomously in real-time. And Alethea AI will host its own intelligent metaverse gaming environment on Alethea.ai.

Alethea AI calls these creations iNFTs, for intelligent NFTs. It’s part of an attempt to make NFTs have more utility, where you can buy an NFT and have ongoing conversations with an AI character.

The company said that iNFTs offer AI services such as cameo video messages, lip synchronization to songs, and real-time interaction and battles in gaming environments. These AI services will be upgraded over time so that your iNFT can advance to be capable of more creative projects such as copywriting or generative art. This will enable Sophia BeingAI to meet and interact with her fans from all over the world as an iNFT.

“Alethea AI is honored to work with Binance NFT and the BeingAI team to bring an anime version of Sophia to life virtually as an intelligent, interactive NFT,” said Arif Khan, CEO of Alethea AI, in a statement. “We are deeply excited by the philosophy and vision of beingAI, and believe our organizations share a mission of bringing cultures together through the power of AI.”

Sophia beingAI is the virtual anime manifestation of Sophia the Robot, created by BeingAI under a perpetual license and co-branding partnership with Hanson Robotics. Sophia BeingAI’s story is grounded in the heritage and origin story of Sophia the Robot. She is an original creation that embodies the philosophy, dream and vision of beingAI.

“We are excited to bring Sophia BeingAI to life as an iNFT,” said Jeanne Lim, CEO of BeingAI, in a statement. “As one of our AI beings, we hope Sophia beingAI will bring together humanity and technology to help humans attain our true nature of unconditional love and pure possibilities. Through my collaboration with David Hanson, I was inspired by his vision for creating benevolent AI, and deeply appreciate his trust in empowering us to create Sophia beingAI as a parallel, virtual existence of Sophia.”

BeingAI is creating the theme and story of “The transmedia universe of Sophia BeingAI” while it’s being illustrated by comic artist Pat Lee, who previously worked with DC Comics and Marvel Comics on mega-franchises such as Batman, Superman, Iroman, X-men/Fantastic Four, Wolverine, Punisher, and Spiderman, and created the original North American series of Transformers comics.

“Our vision at Hanson Robotics is to make robots that inspire and help people today, and yet also serve the bold quest to bring robots to life as super-intelligent, empathic, living machines,” said David Hanson, CEO of Hanson Robotics, in a statement. “I’m thrilled to see BeingAI create this virtual, anime version of Sophia, which has her expressiveness and unique personality — qualities that made Sophia so appealing to the world. BeingAI extends the visionary exploration of Sophia as an AI who quests in the future to make the world better for people.”