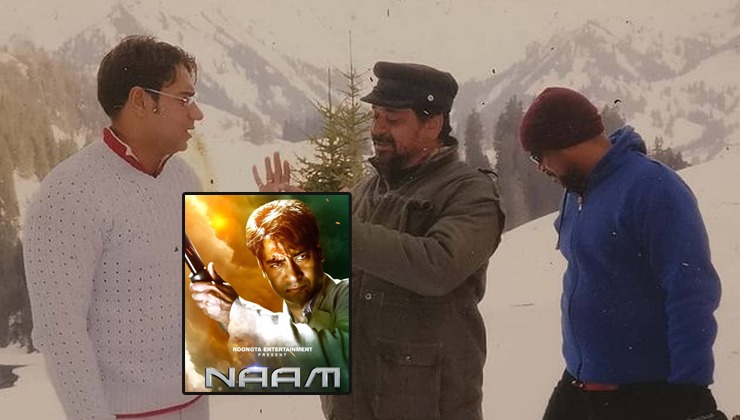 There are several Bollywood movies which have still not seen the light of the day. Ajay Devgn starrer Anees Bazmee directorial Naam is one among them. The movie was shot in 2004 but was not released. Well, the psychological and action thriller is now all set to release this summer. Reportedly, the makers are looking for May-July release of the film. It may either release in theaters or on OTT.

The film has been shot in Switzerland and Mumbai. It also stars Sameera Reddy and Bhumika Chawla. The film marks Bazmee’s fourth collaboration with Ajay after Hulchul, Pyaar To Hona Hi Tha and Deewangee.

Earlier, Anees Bazmee had shared a picture of Ajay Devgn from the sets of Naam in Switzerland. He captioned it, “This was taken in Switzerland, while shooting for an unreleased film ‘Naam’ with @ajaydevgn, #BhumikaChawla & @reddysameera. It was a suspense thriller jo aapko bohot pasand aati. Yahin ummeed karta hoon ki ek din yeh movie release ho aur aap sabko dekhne mile. #ThrowbackThursday.”

Naam has been acquired by Bollywood producer Anil Roongta and will be released under the banner of Roongta Entertainment.

, @ajaydevgn ‘s #Naam directed by @BazmeeAnees is all set for a summer release. It’s a suspense psychological thriller where the audiences will enjoy the actor’s action-laden youthful look. The movie is being produced by #RoongtaEntertainment#AjayDevgn #AneesBazmee #AnilRoongta pic.twitter.com/MUQYq3jlJI
— Komal Nahta (@KomalNahta) April 27, 2022

Meanwhile, Anees Bazmee is currently gearing up for the release of his upcoming film Bhool Bhulaiyaa 2 which has Kartik Aaryan, Kiara Advani and Tabu in pivotal roles. While, Ajay Devgn will be seen in Runway 34 that is all set to hit the screens on Arpil 29.

In an interview with TheSpuzz, Ajay opened up about his film, trolls, his dad Veeru Devgan and a lot more.

: EXCLUSIVE: Ajay Devgn gets emotional about father Veeru Devgan’s death: Since I’ve lost him, it pinches me every day