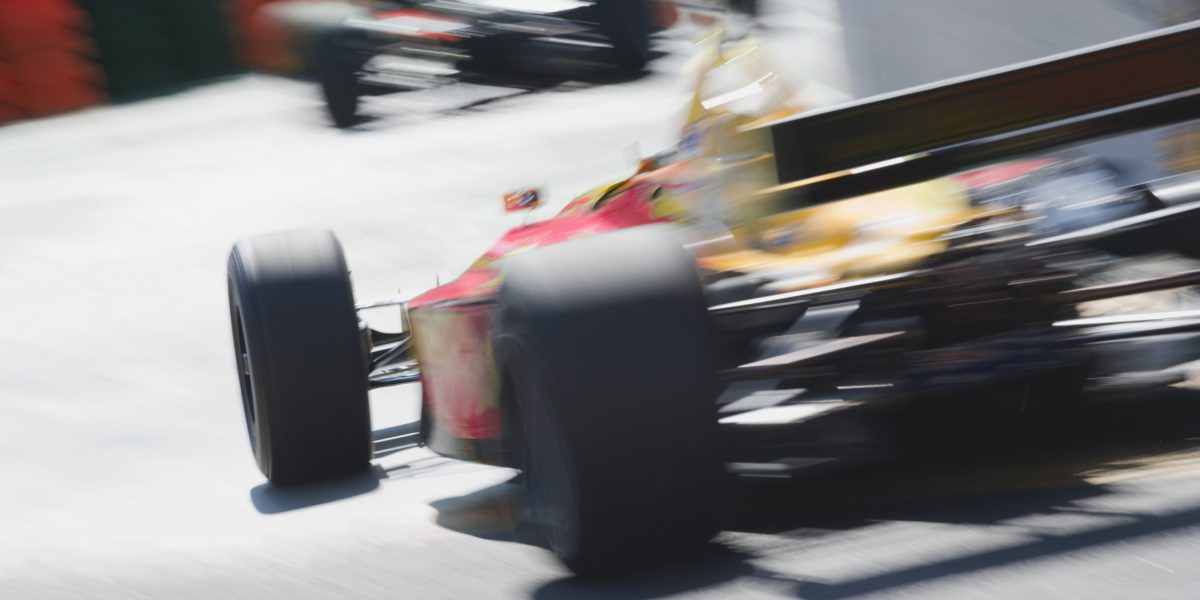 This post was written by Will Owen, BD Associate, at Valkyrie.

A short history of data in F1

Until the 1980s, cars were all mechanical. Computers were too large and slow to be useful on race cars, so the driver was the only source of “data” for the racing engineer. As amazing as drivers are at “feeling” the car, it’s tough for any driver to recall objective measurements about how the car performed in a session when they are busy focusing on driving.

Once electronics became small enough, they started becoming critical to operating car systems, such as fuel management and engine timing. As more and more sensors were attached to various systems of the car, more data was gathered on both car performance and reliability. At first, cars stored only a small amount of sensor data in the memory built into the car’s computer. Engineers could access it after the race but not during it. As technology progressed, cars gained the ability to send small amounts of data back to the pitlane while they were on track, paving the way for a new era in motorsports.

By the early 1990s, cars became completely dependent on computer processing to generate lap time and performance. Active suspension, traction control, power-assisted controls, and many more systems all required some kind of digital processing. Many of these driver aid systems were banned not long after they were implemented for various sporting and budgetary reasons. As technology continued to progress, teams were able to mount more and more types of sensors on the car in order to get a complete digital picture of how the car was performing on the track.

Where we are now

Nowadays, the use of data is prolific in all areas of decision-making in Formula 1 racing, except for driver aids built into the car. From car development to race strategy, the telemetry that is broadcast from the race car is invaluable to finding performance and achieving results. To make use of the massive amounts of data that the car generates when it’s running on the track, F1 teams set up their own portable IT infrastructure that supports their engineer’s computing needs during the race event. In addition to personnel at the track, Formula 1 team’s home bases house permanent engineering and data centers, where dozens of engineers work tirelessly on live telemetry coming from the race car. Every bit of data gathered when the car is on the racetrack is critical for giving the engineers who built the car feedback on their car work. Time is of the essence on the race weekend, since decisions have to be made quickly on what parts to use. Modern innovations like cloud computing and data science enable humans to make those critical decisions from larger amounts of data.

Car design is a highly technical frontier that requires the world’s best computer scientists, racing engineers, and physicists all working together to produce the best performing and most elite race car possible within the rules. Race teams now program custom software to assist with designing the car. The process of developing a race car looks much different today than it did in the past, and now depends on computer-aided design (CAD) to identify improvements with maximum precision. In particular, teams use computational fluid dynamics (CFD) to simulate their cars’ aerodynamics with different configurations and parts. All of these techniques require robust data systems that can handle the computing power needed for design.

Racing to push the boundaries

Formula 1 will continue to push boundaries for all motorsports when it comes to using data to improve performance. All racing teams, but especially those in Formula 1, have to constantly innovate their methods to keep up with competitors. As budget restraints are increasingly imposed on teams to make the sport more equitable, Formula 1 teams will need to rely more heavily on simulations to test their new cars and subcomponents. Simulations are built on models of race cars that allow engineers to “drive” the car in the computer based on certain parameters, resulting in data generated in the same format as the real race car. Making effective simulations depends on having accurate models of how the car performs in the real world, and how external factors affect car performance. Teams will have to pioneer new methods to simulate cars with greater accuracy, and these will undoubtedly involve both the powers of artificial intelligence (AI) and machine learning (ML) to access a level of detail beyond human engineers.

As teams have a finite budget, it is simply not possible to hire enough engineers to comprehensively review all the sensor data that come off of the race cars. Current artificial intelligence capabilities help process vast quantities of data and highlight areas for human engineers to look for performance gains. The next generation of AI techniques integrated into racing will play a prominent role in car setup and design decisions that yield the best results on track.

The complexity of the racing environment will be a true test for the collaboration between human engineers and artificial intelligence. Getting the right insights for car performance from data requires more than just the processing of sensors. Data-driven racing requires a deep understanding of how the racing environment works and what tradeoffs are acceptable for all other elements of racing besides just pure performance. AI systems informing engineers will have to become more “aware” of the context where cars are performing. Otherwise, they will always be reliant on the brains of racing engineers.