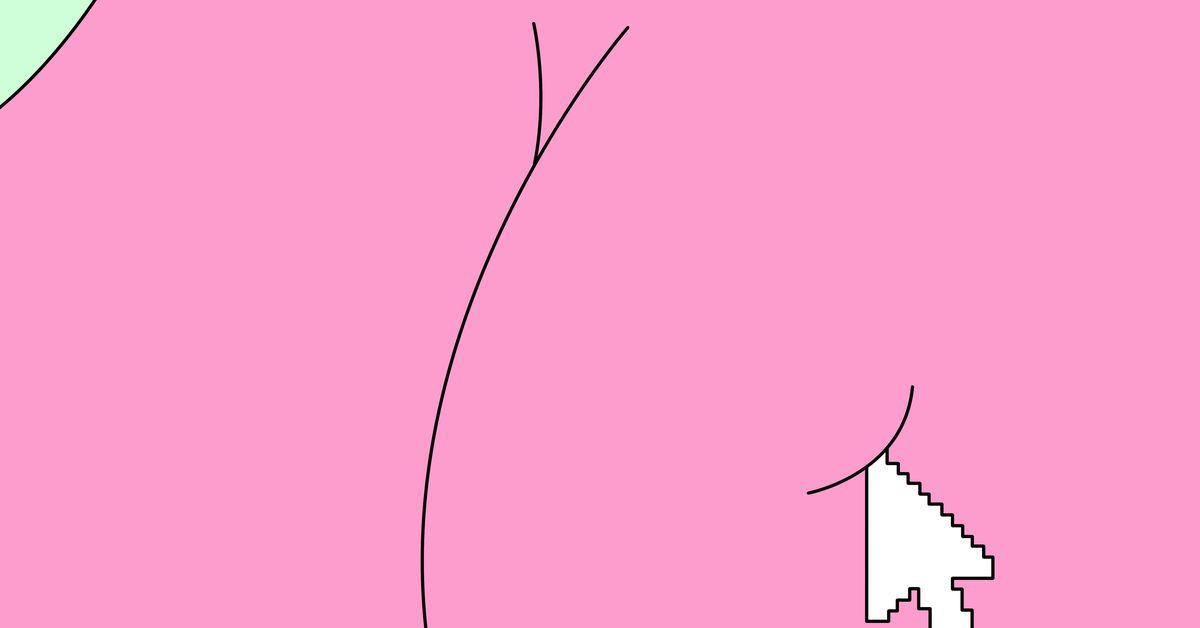 From the very beginning, people on the internet have been obsessed with sex.

That’s the argument laid out in a new book by journalist Samantha Cole, How Sex Changed the Internet and the Internet Changed Sex. Cole digs through early internet history to show how sexual content and communities were part of the internet from its earliest days and had a profound effect on how the online space deals with identity, community, and consent. From identity play on early bulletin board sites to the rise of online pornography as an industry unto itself, Cole makes the case that you can’t make sense of the internet without sex — even if today’s major platform companies would like to.

Content note: This interview describes multiple sexual practices in straightforward language. Readers who are uncomfortable with these topics should use discretion.

The book makes the case that sex was a fundamental part of the internet from the very beginning. Why do you think that is?

It’s just such a part of human nature to want to connect as deeply as possible to other people, whether it’s online or not — and the internet opened up a new venue for that. Suddenly people could be whoever they wanted to be. They could take on these personas that were different from who they were away from the keyboard. They could express themselves in a way they never had before. For a lot of people, that branches out into sexuality almost immediately.

“What level of reality do you want to experience through the internet?”

It’s interesting reading those old message boards where people describe themselves as mythological creators or blobs or whatever they wanted to be. Then they would have these really deep, interesting, philosophical conversations about love and sex and relationships. In many cases, they would meet up and go on dates after that. Sometimes they got married and had kids. I say in the book, there are real people walking around who only exist because these bulletin board systems connected their parents.

There’s an immediate security concern there because you have people adopting pseudonyms to share information that’s otherwise really private. But it seems like, at this stage, the internet didn’t have a ton of tools for keeping your identity private.

Right — just to get in the door of a BBS like this, you had to call someone on the phone and give them your name and credit card info. So it was tangibly personal between you and the admin. Once you were inside, a lot of them would let you use whatever name you wanted, but there were other communities that would demand you use your name. Others would have you put your email address at the end of every post so people could contact you directly. It’s an interesting divide: what level of reality do you want to experience through the internet? But the more sexualized communities really emerged when people were using the internet to pretend to be something they wished they were or wanted to try.

How much does this change when you get into the contemporary internet, built on companies like Google and Facebook that are able to treat sexual content very differently?

It gets really complicated when you go from a single person running their hobbyist bulletin board scanning Playboy pictures to this huge machine of moderators making decisions. People can get really frustrated not having a central person to talk to about what’s happening on this platform that is a big part of their life. So that definitely has been a huge shift. We have these huge monopolies that are just running the show for us now, and it’s hard not to feel like you don’t have any of that control left.

“The conversation is getting more heated because everyone has a stake in it.”

At the same time, these companies are now beholden to payment processors and banks, and so they have to push all of this stuff off of their platform, in many cases, because of those financial obligations. So just seeing that change, it’s hard not to imagine the internet is going to keep getting more sanitized and less sexual.

You describe a lot of early moments of sex panic in a way that seems very similar to what we see now — but then, in other places, the internet seems to have made people more accepting. Do you think the conversation over moderating sexual content is changing?

People are definitely more aware of the legal landscape. If you asked the average person in the late ’90s if they knew about something like the Communications Decency Act, they would have no idea what you were talking about. But now, lots of people have real opinions about Section 230 and are really read up on this stuff. It’s all a lot more visible, and the conversation is getting more heated because everyone has a stake in it. You have so many more people relying on the internet for their jobs, sexual or not. So people are paying attention now in a way that they haven’t been in previous decades

What about the second part of the title, how the internet changed sex? All through the book, you can see people getting turned on to new things or exploring themselves in ways that wouldn’t have been possible offline. Do you think the internet has made our sex lives more specific or extreme?

I think having access to communities of like-minded people can really be world-changing. I researched a lot about fetish and kink communities, and for a lot of people, before they found those communities, they thought they were the only ones. So it’s been really interesting to see that grow up with the internet. Suddenly, you have thousands and thousands of people reading forums about their specific fetish and talking about what they’re into and why they’re into it.

One thing that really surprised me was these forums about how to suck your own dick. People were just trading tips and advice about how to do it, exercises to do. You would never have access to that kind of information without the internet because, first of all, you would never say it out loud to someone, just hoping they were into it. But suddenly, you have access to all these people all over the world who are like, “Yes, I want to trade advice about how to suck my own dick.”

That one was actually too vulgar for the book.

Do you think the internet is creating these desires or just making it safe to express them?

One of the stories I wrote recently was about people who were into blueberries and blueberrification. A lot of them were into this because they had watched Charlie & the Chocolate Factory when they were kids and said, “Oh, that made me feel a way,” and carried that with them for years without telling anyone. Then they get online, and they see there are a lot of people who also feel this way. That’s a transformational change. It’s not just, “I found this thing I didn’t know I was into,” but also “Now I can really express myself and buy a blueberry suit because I see other people are doing it, too.”